PATNA: In a lovely gesture, a Muslim woman from Uttar Pradesh has been working overtime to translate Ramcharitmanas, one of the most sacred books of Hindus written by Tulsidas, into Urdu.

Nazneen, a resident of Varanasi town who has been working on the project for weeks, has so far translated five chapters of epic’s total seven chapters.

“I am working on this project as I want the Muslim community to know more about the Hindu mythology and culture. This will bring the two communities closer,” Nazneen told the media on Tuesday.

According to her, she has already translated Hanuman Chalisa, Durga Chalisa and Sai Chalisa into Urdu. 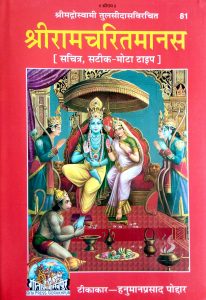 Daughter of a weaver, Nazneen is inspired by Emperor Akbar who had set up a department for translation of scriptures form one language to another.

Nazneen who is a member of the Muslim Mahila Foundation working for empowerment of Muslim women, wants people to learn about sacrifice and co-existence from Ram, Sita and Laxman and stop fighting over trivial issues.

Her move has drawn huge praise from various quarters.

Ramcharitmanas composed by the 16th-century Indian bhakti scholar Goswami Tulsidas, is considered one of the greatest works of Hindi literature.