Muslim man arranges wedding of Hindus nieces with his own savings 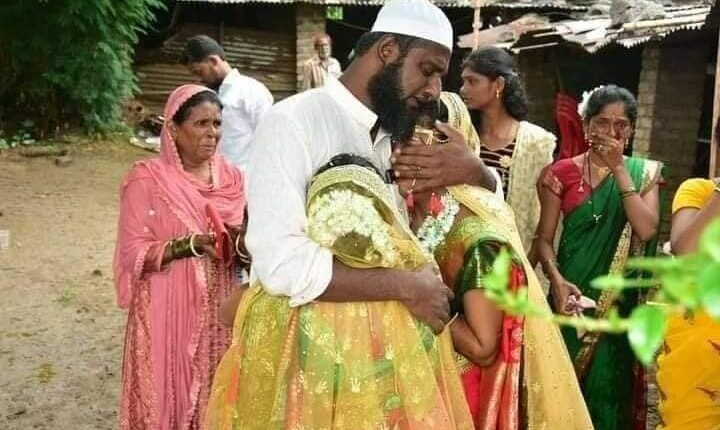 This is the real picture of India.

Amid the ongoing hate campaigns, a heart-warming incident has surfaced from India’s Maharashtra state where a Muslim man married off his Hindu nieces as per the traditional Hindu customs.

The girls’ mother Bhusare, a resident of Bodhegaon district in Maharashtra’s Ahmednagar, had been tying ‘Rakhi’ (holi thread) around the wrist of his Muslim brother Baba Bhai Pathan since long since she didn’t have her own brother.

Very recently, the woman lost her husband too and that left her completely alone but her Muslim brother never left her in the lurch. 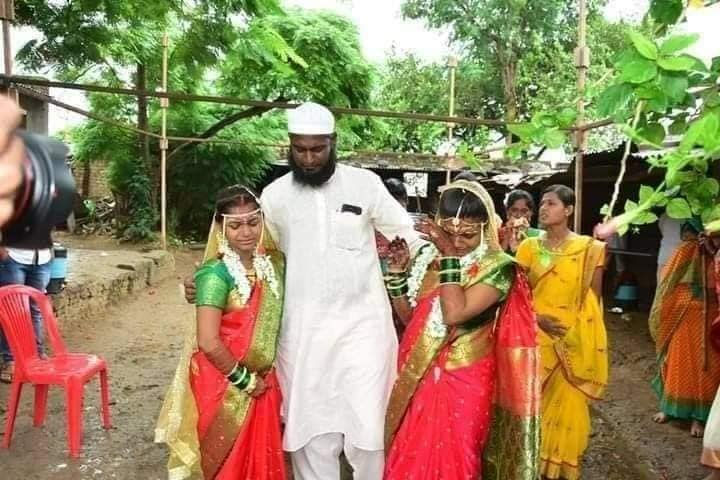 Recently, Baba Bhai Pathan searched for the grooms of his Hindu sister’s two daughters and married them off as per the traditional Hindu customs. He arranged the wedding with his savings.

Images going viral in the social media show Baba Bhai Pathan hugging her two Hindu nieces and crying bitterly as he emotionally bids them good bye to leave for their new homes.