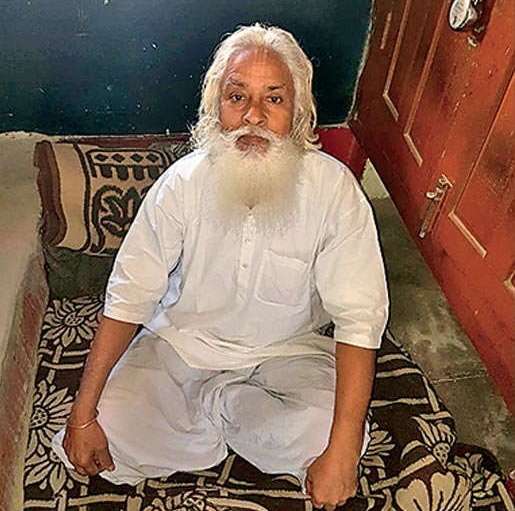 PATNA: Police in Bihar have arrested a murderer who was acting as a saint in the Hindu pilgrim town of Ayodhya for the past 37 years after being handed down life imprisonment in a murder case.

The arrested murder was accused of chopping a co-villager to death with an axe over petty land dispute.

Police said the murderer identified as Suresh Singh had killed a co-villager Sugan Singh, a resident of Neuri village under Bihta block in Patna district, over trivial land issue but what was horrible, he had chopped victim’s body into pieces. The incident had taken place in 1981.

Subsequently, the Patna High Court awarded him life imprisonment holding him guilty in the case but he fled the scene and settled in Ayodhya, one of the holiest lands for Hindus in Uttar Pradesh. He also ended all contacts with his family in Patna to ensure he remains out of reach of police.

The overall situation changed recently when the High Court pulled up the police administration for failing to arrest the murder convict who had been absconding for years.

Acting on a lead, a team of Patna police recently reached Ayodhya and went on a secret mission to gather information about him.

It was during this time that the police came to know that the fugitive murderer has been acting as the head priest of a Hindu mutt after removing its head from his way with the help of his gang and arrested the absconding criminal.

Reports said even the police team were left puzzled by the appearance of the murderer who like a typical saint had grown long hairs and beards and was wearing sandal marks on his face to hide his real identity.

“We faced a lot of troubles in arresting the criminal who had changed his appearance like a typical priest and also behaving like that,” said a police official who was part of the police team which arrested the criminal.