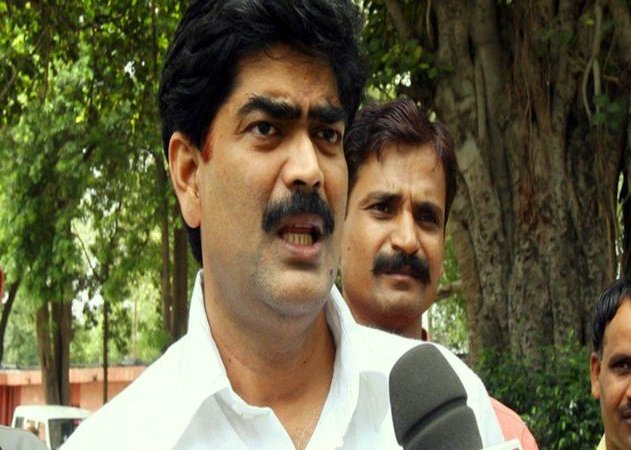 PATNA: Jailed Rashtriya Janata Dal (RJD) politician Mohammad Shahabudidn has been accommodated in the new national executive committee of the party announced yesterday by the RJD chief Lalu Prasad, creating uproar in the Bihar political circles and inviting wide ridicule from the opposition.

Shahabuddin who is convicted in many murder cases is currently cooling his heels in his home town Siwan district jail since 2004. The jailed RJD politician has been sentenced in four criminal cases so far, and he has more than 50 criminal cases, such as murder, kidnapping, extortion, theft and treason, pending against him.

His name was included in the list of RJD’s national executive committee released on Sunday by Prasad.

Another Controversial leader Mohammad Taslimuddin, party MP from Araria, also figures in the list. He was removed from within a week as Minister of State for Home from the United Front government headed by HD Deve Gowda in 1996 for his alleged criminal background.

The other prominent inclusions in the 77-meber executive committee are the several members from Prasad’s family— Rabri Devi, Misa Bharti, Tej Pratap Yadav and Tejashwi Yadav.

Rabri Devi is the wife of RJD chief and Misa is his eldest daughter whereas Tej Pratap and Tejashwi are his sons, already ministers in the Nitish Kumar government.

The opposition found a God-sent opportunity in it to mock the “rule of law” claim of chief minister Nitish Kumar.

“Shahabuddin is a convicted person who can’t contest any elections yet he has found place in the RJD executive. This indicates how he remains the ‘blue-eyed’ boy of Lalu. Nitish Kumar’s much-hyped ‘rule of law’ claim stands very much exposed now,” asked former deputy CM, Sushil Kumar Modi.

Rabri Devi back at the BJP saying the latter doesn’t hold the moral authority to ask such question. “First, the BJP should explain why Amit Shah has been made its president?” asked Rabri.