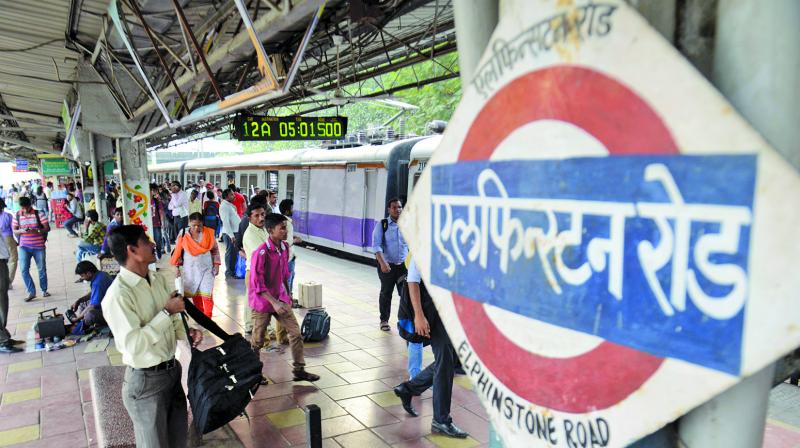 Mumbai: At least 15 people died and 20 others were seriously injured in the stampede which occurred at Elphinestone railway station on Friday morning, police said.

All injured people were taken to a hospital.

The police confirmed that the incident has occurred at 9.30 a.m. in the morning.

However, neither the police nor the PRO of the railway station could explain the reason behind the stampede.

It is speculated that the stampede has occurred due to rains, as a visual on TV channels is showing rain water gushing through a broken roof of the footbridge in the station.

However, all trains are moving normally, police said.

Railway minister Piyush Goyal, who is scheduled to travel by the same route on Friday, will visit the spot.

Hold your tongue lest you will be thrown out, Bihar Cong chief tells revolting Chaudhary