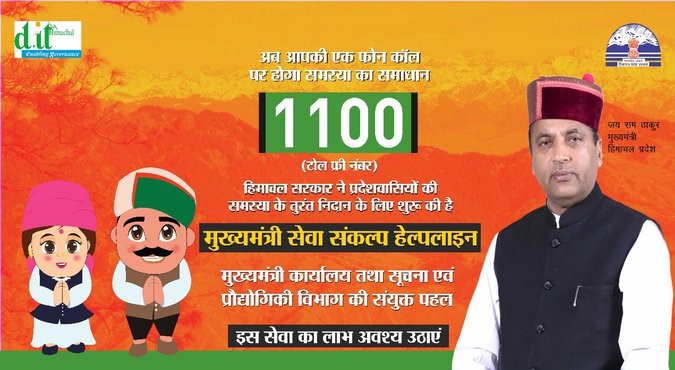 Speaking on the occasion, Chief Minister said that the main focus of the State Government from the day of assuming office was to ensure that the issues, problems and grievances of the general public were redressed at the earliest and in a time bound manner.

ALSO READ: How SuMo’s open support to Nitish has kicked up storms in Bihar politics

Thakur said that best practices of the helpline, functioning in other three States have been adopted by the State Information Technology Department so that the Helpline of the State emerges as the best helpline of the Country.

He said that the people of the State would now be able to register their complaints online and also monitor the progress with a click. He said that as many as 56 departments of the State has been involved in this helpline by geo-mapping and geo-tagging. This would also help in making the whole procedure paperless and lessen the footfall in Government offices, he added.

Thakur said that the 1100 number should be popularised in such a way that it becomes a familiar number with each and every household of the State so that people could derive maximum benefits from the programme. He said that the helpline will function six days in a week from 7 AM to 10 PM.