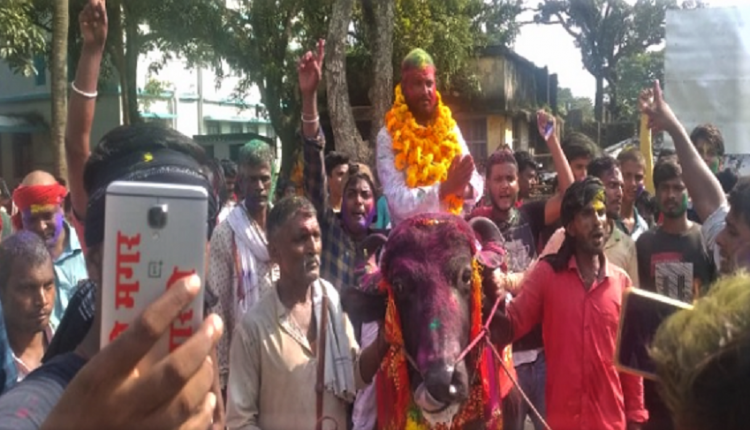 PATNA—Authorities in Bihar have registered a case against a Mukhiya candidate for reaching the block office riding a buffalo to file his nominations.

The candidate identified as Ashok Kumar Mehta had reached the Kumarkhand block office in Madhepura district on October 6 to file his nominations. Mehta had filed his paper from Israin-Bela panchayat.

However, his move has now landed him in trouble as the local sub-divisional officer Neeraj Kumar has ordered for registering a case of animal cruelty against him.

The case has been registered under section 11 of the Animal Cruelty Act, 1960, media reports said.

Reports said the official acted after the local media highlighted the story of the candidate riding a tastefully-decorated buffalo to reach the local block office in the company of large number of supporters to file his nomination papers.

The 11-phase Panchayat elections are currently in progress in Bihar. The voting which began on September 24 will conclude on December 12.