Mr Flip-flop: How Kushwaha looks confused about his next political move 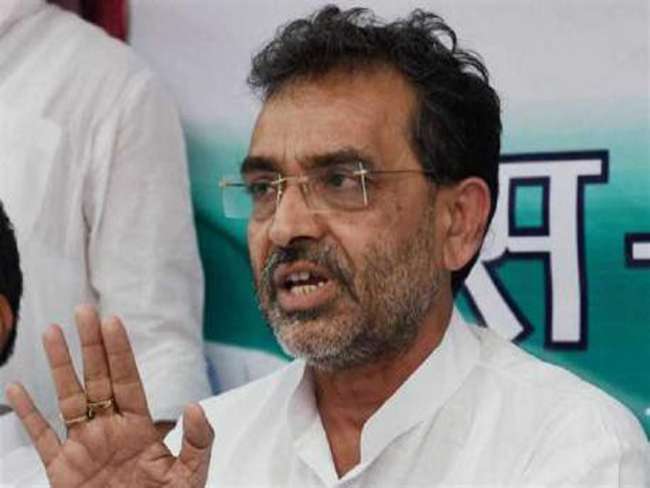 A day after he dropped ample hints about quitting the NDA with his “Kheer” comment, Kushwaha has now given clarifications in the media saying his statement was “misinterpreted”.

“I have neither sought milk from the Yadavs nor sugar from the BJP. Rather, I have sought support of all sections of the society. Please don’t try to link any caste/ community with a particular party,” Kushwaha explained.

The “clarification” comes barely a day after he talked about cooking a sweet dish, “Kheer” with milks from the Yadavs and rice from the Kushwaha—both the castes falling in the OBC category.

“A large number of Yadavs have come here for the event. When the milk from Yadavs and rice from Kushawahas are mixed together, it makes a good ‘kheer’ (a sweet dish),” Kushwaha had said, addressing a function held in Patna on Saturday to mark 100th birth anniversary of BP Mandal.

Seeking for a rainbow coalition, he even went on advocating for the support of other backward castes, extremely backward castes and Dalits to achieve real social justice.

Many believed this remark as an open willingness by Kushwaha to join the RJD camp which enjoys huge support of the Yadav community.

The RJD was even quick to welcome the remarks and extended open invitation to the Union minister apparently going annoyed with the BJP to join the Grand Alliance.

But the Hindustani Awam Morcha (HAM) of former chief minister Jitan Ram Manjhi interpreted it as shrewd move by Kushwaha to blackmail both NDA and the RJD to get more LS seats to contest.

“There is no vacancy for CM’s post in the Grand Alliance. If he joins us without any political greed, he is most welcome,” Manjhi said adding the parties joining the Grand Alliance have nearly accepted Tejashwi Yadav as the chief ministerial candidate.

According to Grand Alliance leaders, Kushwaha is trying to strike a hard bargain with the BJP by making such statements as the BJP is not ready to spare too many seats for him now that Nitish Kumar’s JD-U being part of the NDA and staking claims for lion’s share of LS seats.

Kushwaha’s party had been spared three LS seats during the last 2014 LS polls under the seat sharing arrangement and all were won by the RLSP. Now, Kushwaha wants more seats to contest but the BJP is not willing to entertain his nagging demands.

Over 99 percent of demonetised currency has returned: RBI