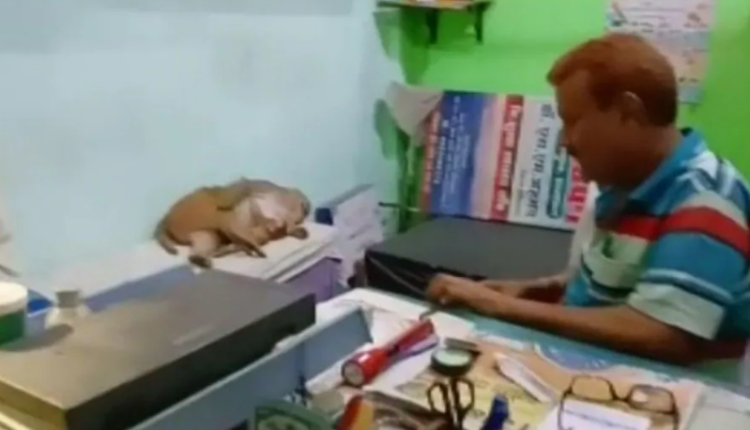 PATNA—In a bizarre incident, a mother monkey rushed to the clinic of a doctor in Bihar for the “treatment” of her wounds, surprising many. The doctor quickly attended the monkey and provided her treatment after which she quietly left the scene without harming anyone.

The incident which took place in Sasaram, district headquarters of Rohtas, has become a talk of the town. The video of the doctor attending the monkey and bandaging her wounds without getting harmed has gone viral on social media.

Reports said Dr SM Ahmad was sitting in his private clinic located in Shahzuma locality of the town when he saw the female monkey with her little baby sticking to her chest making entry. Even he stopped the street children from harming them, the monkey calmly sat down on the bed, showing the wounds on her body.

The doctor instantly got down to work and applied balm on the wounds before bandaging it. The doctor said the monkey behaved very well during the course of treatment and didn’t try to harm him anyway. “It was a thing worth watching in itself. No human gets treatment so well,” Dr Ahmad told the local media.

As the doctor remained busy treating the simian, local residents made videos of the entire incident which have gone viral. After getting the medical aid, the monkeys quietly left the scene.