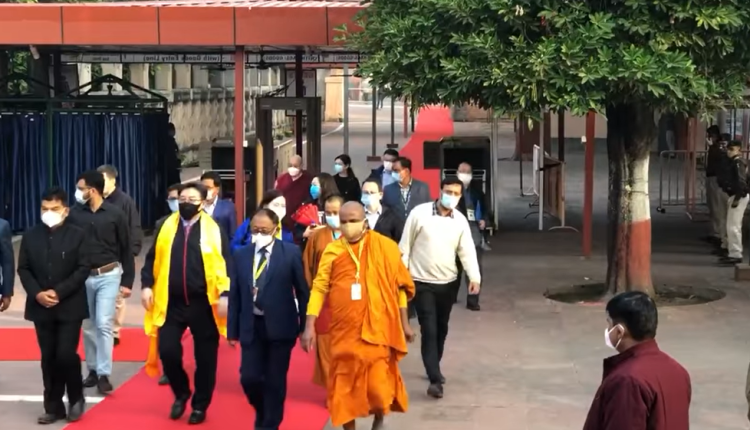 PATNA—A foreigner being part of 23-member delegation from Mongolia has tested positive for COVID-19 during his visit in Bodh Gaya, the land of Buddha in Bihar, triggering panic in the areas.

The Mongolian tested positive after he underwent RT-PCR test in Bodh Gaya and has been admitted to an isolation centre at the local medical college.

“He was found asymptomatic in the test. But we are trying again to get done another test. His sample has been collected for this purpose. At present, he is in isolation and will be there for another 10 days,” Gaya district magistrate Abhishek Kumar Singh told Hindustan Times on Saturday.

According to reports, the visiting guest had mingled with several persons after his arrival in India and stay at Bodh Gaya, and the officials are now trying to trace persons who came in contact with him.

A Parliamentary delegation from Mongolia led by Gombojav Zandanshatar has been on a four-day visit to India since December 1. The very next day, on December 2, the delegation arrived in Bodh Gaya by a special aircraft.

Local media reported that before reaching the Buddha land, the delegation had met vice-president Venkaiah Naidu and a union minister RCP Singh in New Delhi.