Modi urges people to conserve water, says aviation not for rich people only 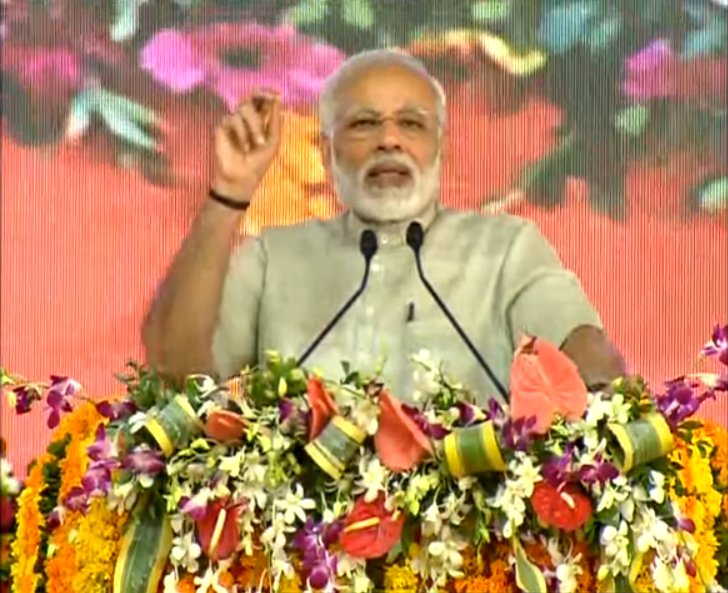 Chotila (Gujarat): Prime Minister Narendra Modi, who is on a two-day visit to Gujarat, arrived in Chotila, Surendranagar district, from Dwarka, on Saturday afternoon, to lay the foundation stone for a green field airport for Rajkot and other highway projects, according to media reports.

Addressing a public gathering in Chotila, the PM said, “Who imagined in this district that an airport will come? Is this not development? Is this kind of development not needed…such development works will empower citizens.”

The PM also said, “Aviation cannot be about rich people. We have made aviation affordable and within reach of the lesser privileged.”

Emphasising that the definition of development is changing, the PM said, “Earlier, a hand pump would be put and a leader would use that for multiple elections. Things have changed now. We are bringing waters of the Narmada here, for the benefit of citizens.”

He said, “If there is one district that stands to gain maximum from waters of the Narmada it is Surendranagar.”

Dedicating a fully automatic milk processing & packaging plant to the nation, the PM said, “Sursagar Dairy will be ‘Sukh Sagar’ for people of this region. How can we forget how previous governments in Gujarat did not allow dairy sector to grow in Saurashtra. We had the opportunity to change that and promote dairies.”

The PM said, “The roads here [in Surendranagar district] were accident prone. It was Keshubhai Patel who worked towards making better roads and making them safer.”

While unveiling a drinking water distribution pipeline, PM Modi urged the people to pay attention to water conservation.  “Water has always been important for Gujarat. Now that water is widely being made available, let us use it responsibly and conserve every drop of water.” the Prime Minister said.

The Prime Minister will be heading to Gandhinagar from Chotila.