Modi cabinet expansion: Will Nitish Kumar eat his own words? 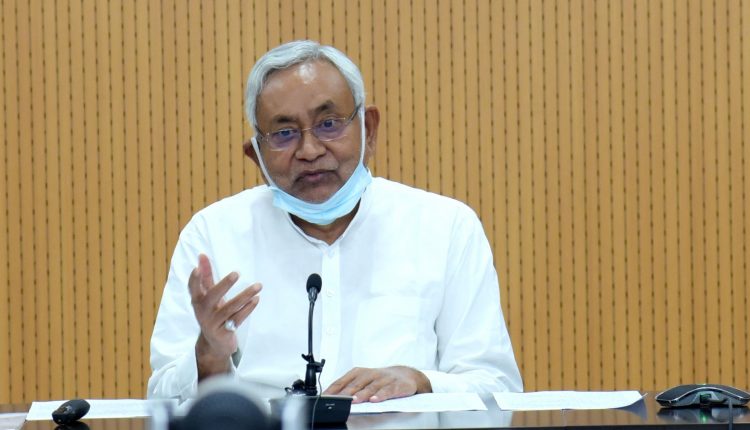 The JD-U had earlier stayed out of the Modi cabinet citing “raw deal” in matter of awarding cabinet berths.

The whole confusion has got created once again with two party parliamentarians Ramchandra Prasad Singh, more popular as RCP,  and Rajiv Ranjan Singh alias Lalan Singh speaking in different tones at this crucial moment. RCP, a Rajya Sabha member and fellow caste man of chief minister Nitish Kumar happens to be the national president of the JD-U whereas the other Singh, a Bhumihar by caste, represents Munger seat in the Lok Sabha.

JD-U president has goes on claiming that the JD-U will be joining the Union cabinet as and when it is expanded although deciding over the name of the ministers is the prerogative of the chief minister.

He claimed that the inclusion of the JD-U in Union cabinet would also improve the relations between the two allies and increase the people’s faith in NDA.

“The people keep on asking now is that why the JD-U is not a part of the Union cabinet despite being in the NDA? So, inclusion of the JD-U in Union cabinet will result in between coordination between the two allies,” RCP explained.

Lalan Singh, considered very close to the chief minister, however, has rejected all such speculations.

“The continuing talks about the cabinet expansion and JD-U to be part of it are only media speculations,” Singh explained, adding “Atkalbazi par rajniti nahin hoti (Politics has nothing to do with speculations)”.

The developments amply indicate the prevailing situation in the JD-U although a particular camp is strongly batting for the party being a part of the Modi cabinet at all costs.

This has put pressures on the chief minister who refused to join the Union cabinet earlier. The Modi government had took the oath of office and secrecy for the second term on May 31, 2019 but the JD-U decided to stay away from it as was offered only one cabinet berth as a “token representation” despite the party winning as many seats from Bihar.

The JD-U was hopeful of getting least three cabinet berths but was offered only one. The JD-U had won 16 of the 17 LS seats it got in share whereas the BJP emerged victorious from all the 17 seats it contested.

The chief minister had also asserted at that time that there was no question of joining the Modi cabinet in future too.

“There is no need for it (joining the Modi government). We will be with the NDA without our party joining the council of ministers,” Kumar had then told newsmen at the Patna airport soon after returning from New Delhi from Modi’s swearing-in.

The chief minister had added, “No one should have any confusion that the victory which was registered by the NDA in Bihar, it’s the victory of the people of Bihar. If somebody is claiming that this is his personal victory, then they are delusional.” The chief minister had also then rejected the idea of joining the Modi’s cabinet in future saying “No need as the BJP has overwhelming majority”.

It is to be seen now if the chief minister is going for a change in his stand now.