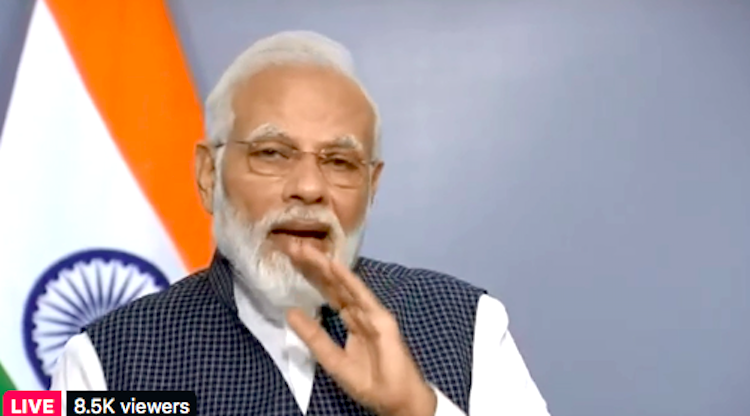 NEW DELHI: A meeting of the Union Cabinet led by Prime Minister Narendra Modi in a significant move has decided to give bonus for 78 days to 11 lakh Indian railway employees, according to media reports.

“The Narendra Modi cabinet has decided to grant 78-day bonus to all its railway railways employees,” reports said on Wednesday.

The move will entail an expenditure of Rs2,024.40 crore, reports added.

This is the sixth time in succession that the Modi cabinet has granted bonus to the railway employees bringing cheers among the employees.

“The Union Cabinet chaired by the Prime Minister Narendra Modi has approved the payment of Productivity Linked Bonus (PLB) equivalent to 78 days wages to over 11.52 Lakh eligible non-gazetted railway employees (excluding RPF/RPSF personnel) for the Financial Year (FY) 2018-19, for maintaining industrial peace and motivation of railway men. This entails an expenditure of Rs. 2024.40 crores to the exchequer,” the Zee news quoted as an official release as having said.

Also Read: Ranchi girl tattoos Modi’s portrait on her back after Article 370 is revoked

According to the media reports, the union cabinet has also banned import, manufacture and sale of e-cigarette, apart from banning a ban on its promotion.