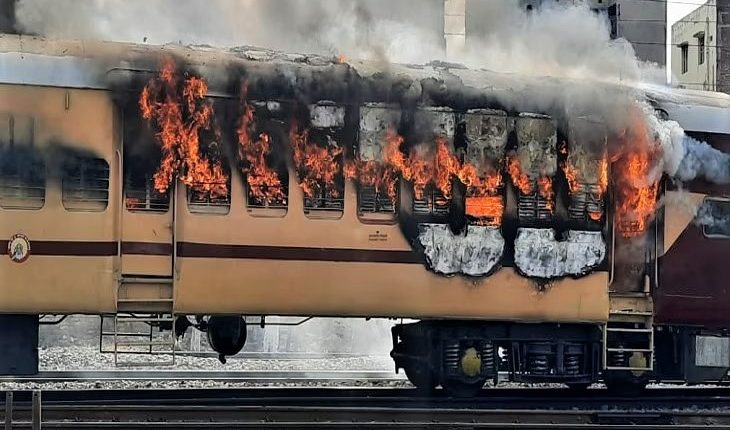 PATNA—Angry mob of job aspirants set a train on fire over alleged anomalies in the tests conducted by the Railway Recruitment Board for the Non-Technical Popular Categories (NTPC).

Reports said angry mob gathered at the Gaya railway station on Wednesday and set some bogies of a passenger train on fire as the security forces battled hard to keep the rampaging protesters under control.

“The rakes were empty and parked inside the yard when miscreants set a coach on fire. It has not resulted in disruption of rail traffic,” East Central Railway CPRO Rajesh Kumar told PTI.

Gaya SSP Aditya Kumar said the police had taken some protesters under custody and action would be taken after arsonists were identified.

Railway Minister Ashwini Vaishnaw has promised to look into the grievances of the students while urging the protesters not to take law into their hands.

Protests have been continuing for the past three days in Bihar during which the mob have kept on blocked the rail routes in various sections and targeting trains, prompting authorities to cancel dozens of trains.