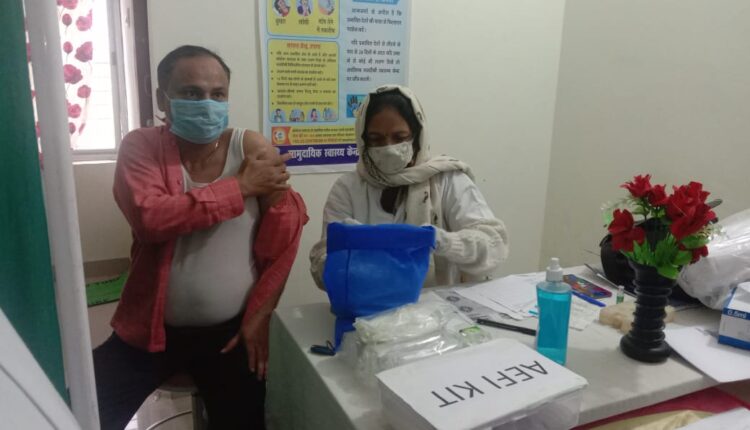 PATNA—The enthusiasm for ongoing vaccination against deadly COVID-19 seems to be missing among the healthcare works in Bihar who are being vaccinated in the firsts phase.

The gradually falling vaccination percentage tells a shocking take of how the masses are not not fully prepared to go for the vaccines despite all kinds of assurance by the health experts and the government.

The health department report has informed only 63.032 people out of total 1,03,452 registered turned up at the 301 vaccinations centres in Bihar in the four session sites.

Reports said the recent deaths of 23 persons in Norway after getting Pfize/BioNTech coronavirus vaccine in Norway and around 600 adverse events following vaccination in India have only triggered panic among the beneficiaries in the state.

Many healthy workers and doctors are not in favour of getting the vaccine shots and are said to be in wait-and-watch mode. Many health workers said there was, as such, no craze for vaccines right now as was expected earlier as they were apprehensive about vaccine’s side effects.

“This is more in case of doctors who know the process of vaccination. Also, such apprehension in anyone is natural,” IMA’s state senior vice-president Dr Ajay Kumar told The Times of India.

Another senior physician Dr Diwakar Tejashwi told the same paper that there were doubts in the minds of the people about the vaccines. “There is also confusion between two vaccines—Covishield and Covaxin,” Tejashwi told the TOI.

Patna-based Nalanda Medical College and Hospital’s superintendent Dr Binod Kumar Singh also told the local media that the doctors were reluctant to get the vaccines.

“Some of our doctors have refused to take the vaccine because they are not sure about its efficacy as the Covaxin is still at the trial stage,” Dr Singh was quoted as telling the Hindustan Times.

Reports said several health workers who were scheduled to be vaccinated skipped the vaccination centres, citing various excuses, such as they were out of station, they have allergy for medicines, they are unwell or they are expectant mothers.

The state health department in its new advisory has already advised the pregnant women, people allergic to food and drugs and persons below 18 years of age not to get the vaccines.

More than 6.64 lakh health workers are to be administered the vaccines in the first phase but their turnouts at the vaccination centres have been far from satisfactory, alarming the health authorities.