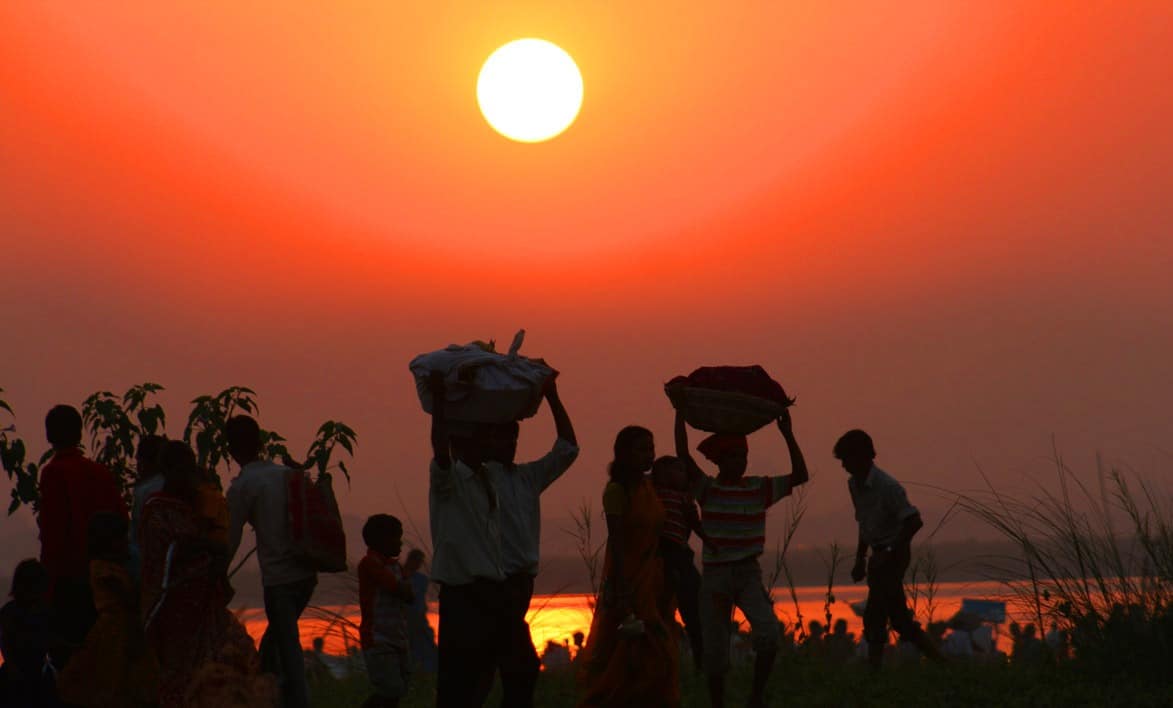 PATNA: Millions marched on the rivers’ bank, to the ponds or near other water bodies on Sunday to offer prayers to the setting Sun in Bihar during Chhath—one of the biggest festivals of the Hindus.

Dressed in colourful clothes and observing strict perseverance, the unending crowd of devotees singing the religious songs made beelines along the rivers’ bank and other bodies in Bihar to please the Sun god today.

The four-day festival which began on Friday will come to end on Monday with the prayers to the rising Sun.

Although there are many places of religious spots which draw huge crowds of devotees, the Sun temple located at Deo block in Bihar saw the largest number of devotes with teeming millions battling hard for space.

The state government in Bihar has made elaborate security arrangement to ensure the festival passes off peacefully taking a lesson from the past incident in Patna when a stampede cost may lives.

The authorities have not only set up 150 watch towers and huge number of CCTV cameras to monitor the movements of devotes but have deployed 400 NDRF jawans, in addition to around 600 traffic cops to regulate the traffic in and around Patna.

The administration has also fixed traffic route for devotes to ensure they reach the river bank safely and have also declared 20 river banks as “unsafe” for prayers. It is advising the devotees to reach only the banks declared as safe to avoid any tragedies.

Delhi pollution: Kejriwal announces ban on construction, use of generators for a week