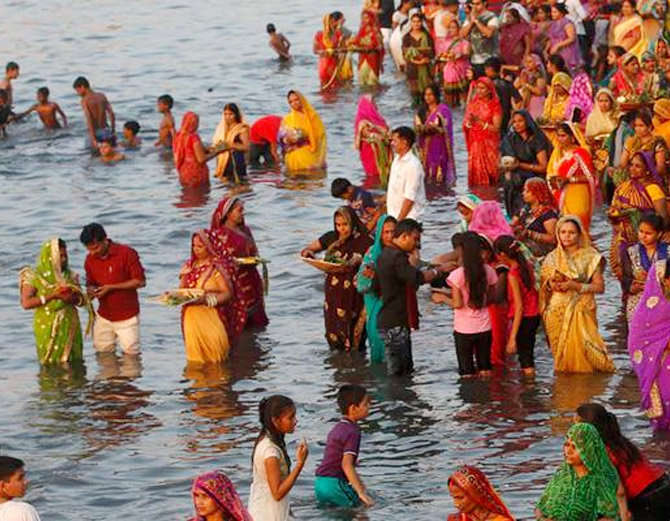 DEO (Aurangabad): Millions have arrived in Deo, a religious town in Bihar’s Aurangabad district, to offer prayers to the Sun during Chhath—one of the biggest festivals of the Hindus.

Dressed in colourful clothes and observing strict perseverance, the meandering crowd of devotees singing the religious songs made beelines along the bank of the historic pond believed to have miraculous impacts, to please the Sun god today.

The four-day festival which began on Tuesday will come to end on Friday with the prayers to the rising Sun.

Although there are many places of religious spots which draw huge crowds of devotees, the Sun temple located at Deo block in Bihar saw the largest number of devotes with teeming millions battling hard for space.

The state government in Bihar has made elaborate security arrangement to ensure the festival passes off peacefully taking a lesson from the past incident in Patna when a stampede cost may lives.

The authorities have not only prepared a proper traffic plan but also made heavy deployment of forces in and around the town to ensure the festival ends on a happy note.