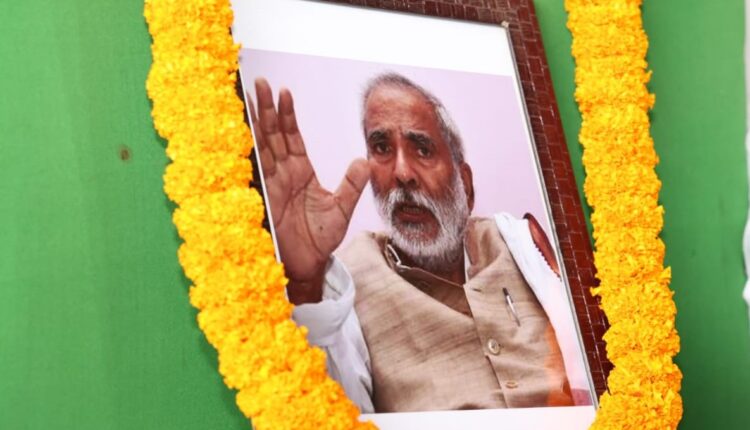 PATNA—Veteran socialist leader and former Union minister Raghuvansh Prasad Singh who resigned from the RJD only four days back breathed his last at the AIIMS, Delhi on Sunday. He was 74.

Singh who stayed with the party for 32 years was admitted to the AIIMS about a week back after developing post-Corona complications but on Saturday, his condition deteriorated suddenly after which he was put on life-support system.

He was the architect of MGNREGA which brought significant changes in the lives of millions of poor villagers. The MNREGA scheme was implemented while he was the rural development minister in UPA-I.

Leaders across the parties have expressed grief over his death. President Ram Nath Kovind described him as an “outstanding leader rooted to the ground” who had “phenomenal understanding of rural India”.

The passing away of Raghuvansh Prasad Singh is tragic. An outstanding leader rooted to ground, Raghuvansh Babu was a true stalwart with phenomenal understanding of rural India. With his spartan and sagely lifestyle, he enriched public life. Condolences to his family & followers.

Prime Minister Narendra Modi while condoling his death said Singh devoted his life to the development of Bihar.

RJD chief Lalu Prasad said he was speechless and shocked to know about his death.