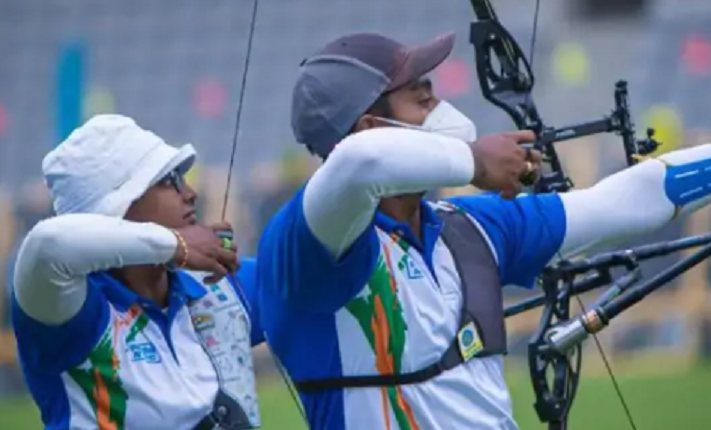 A total of 128 players from India are participating in the Tokyo Olympics. They include a couple who is  winning the hearts of the country and the world with their performance.

Well, We are talking about archers Deepika Kumari and Atanu Das.

Both have reached the pre-quarterfinals of their respective categories at the Tokyo Olympics. When Atanu was trailing against the two-time Olympic gold medalist on Thursday, Deepika cheered him from the stand.

After this, Atanu won the match by making a big upset. Today, seeing their attachment and dedication towards each other, one cannot even imagine that there was a time when there was no communication between them for almost 8 years due to differences.

Both Deepika and Atanu have been trainees of Tata Archery Academy in Jamshedpur. There in 2008, the first meeting between them also took place. There was no bond between them. This dispute escalated so much at one time that both of them even stopped talking. They didn’t talk to each other for 8 years.

Deepika and Atanu finally reconciled during the Archery World Cup in 2016. Both also reached the finals. When the talk started, friendship also happened and soon their love story started becoming famous. They finally got engaged in 2018 and on June 30 last year, this star archer pair of India got married.

Deepika and Atanu won the gold medal in the mixed event of the Archery World Cup held in Paris just before the Olympics. In such a situation, it was expected that this pair would represent India in the mixed event of the Olympics, but Atanu’s performance in the ranking round was not very good. Hence, the Archery Association of India paired Praveen Jadhav with Deepika. Dipika and Praveen got out after losing.

Deepika Kumari will be in action on Friday in the pre-quarterfinals of the women’s singles event at the Tokyo Olympics. She will face Russia’s Ksenia Perova from 6:00 am as per Indian timing. The medal rounds of this event are also to be held on the same day. Deepika will have to win two more matches to win the medal.

Atanu will face Takaharu Firukawa of Japan in his pre-quarterfinal match on Saturday. Takaharu is a silver medalist at the 2012 Olympics. When Atanu defeated the 2012 gold medalist, Indian fans would be hoping for a win over the silver medalist as well.