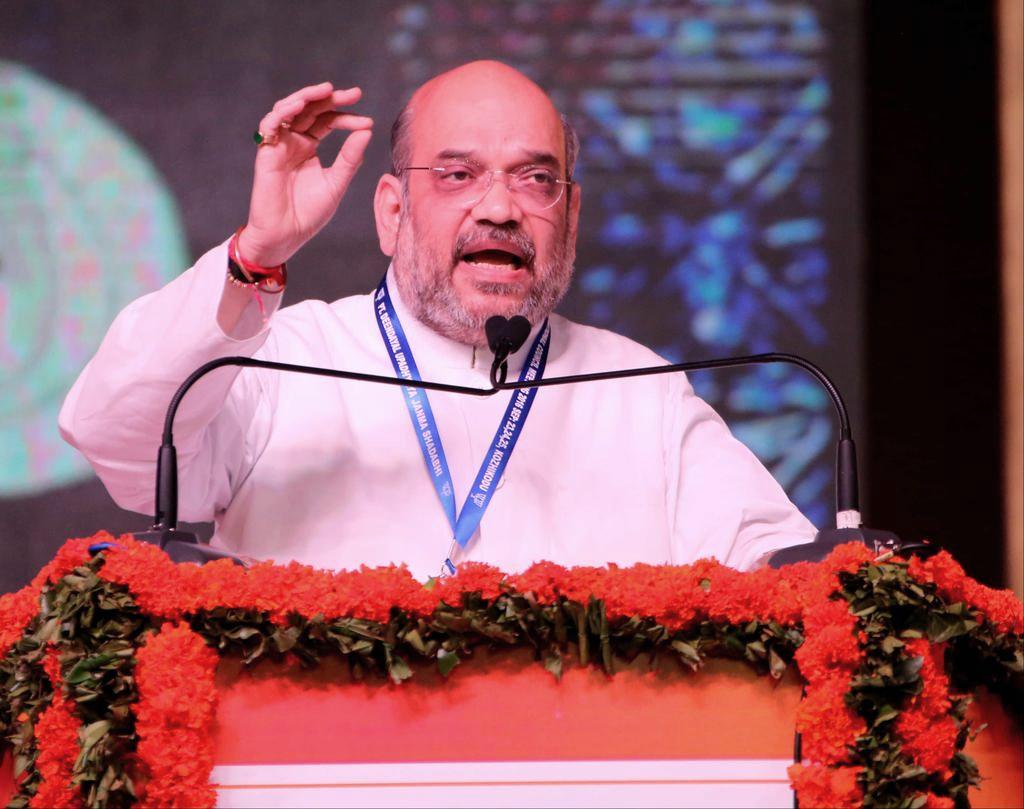 PATNA: BJP president Amit Shah on Friday launched a blistering attack on the Congress party for doubting Army’s surgical strike and asked party vice-president Rahul Gandhi to explain as to what does he mean by “Khoon ki dalali”.

Rahul had on Thursday hit out at Prime Minister Narendra Modi, accusing him of being involved in “Khoon ki dalai”.

“Jinhone Hindustan ke liye surgical strike kiye hain, unke khoon ke peeche aap chhupe hain. Unki aap dalali kar rahe ho. Yeh bilkul galat hai. (You are hiding behind the blood of soldiers in Jammu and Kashmir and those who carried out the surgical strikes for India. You are exploiting their sacrifices, which is very wrong),” Rahul was quoted as saying in the media on Thursday.

Shah returned the fire today charging the Congress with “sharing the grief of Pakistan” and then condemned the party for demoralising the Army jawans by talking “Khoon ki dalai”.

“What do you mean by ‘khoon ki dalali’? Everybody wants to know from you,” BJP chief asked, addressing a Press conference in Delhi adding “Rahul has crossed all limits”.

Wondering what could be the “dalali” (commission) in jawans’ blood, Shah asked it’s the Congress which is better acquainted with the word “dalali”. “From Bofors to 2G, dalai was heard everywhere,” he asked.

He slammed some political partied for questioning the surgical strike carried out by the Indian Army in PoK and accused them of lowering the morale of the brave jawans.

India plans to seal its border with Pakistan by Dec 2018