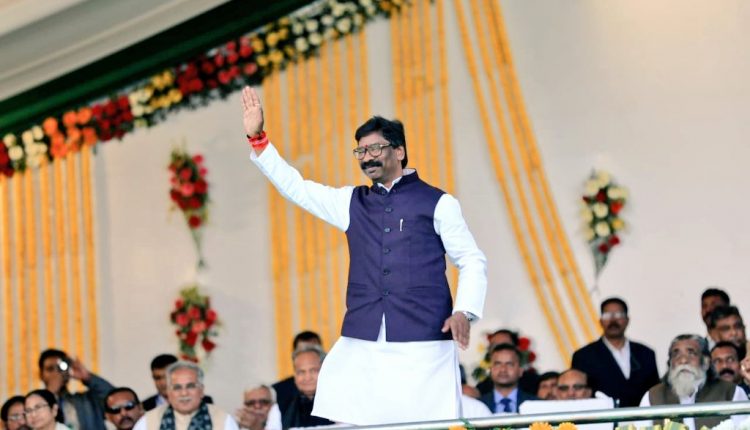 RANCHI: Jharkhand Mukti Morcha (JMM) working president Hemant Soren was on Sunday sworn in as the 11th chief minister of 19-year-old Jharkhand which was carved out of Bihar on November 15, 2000.

The oath-taking ceremony virtually turned out to be the “show of strength” for the opposition parties with a host of political leaders, including three chief ministers, attending the function.

However, Samajwadi Party chief Akhilesh Singh Yadav and Bahujan Samaj Party chief Miss Mayawati were conspicuous by their absence. They had attended the similar show of opposition’s strength displayed during the oath-taking ceremony of HD Kumaraswami who was sworn in as Karnataka chief minister in May last year.

The BJP had set a target of winning 65 seats out of total 81seats this time but ended up winning only 25 seats.

On the other hand, the Grand Alliance bagged 47 seats. Of them, 30 seats alone were won by the JMM and 16 by the Congress whereas the RJD won one seat.

Poor thieves! The currency notes they steal from bank turn out to be ‘wastes’