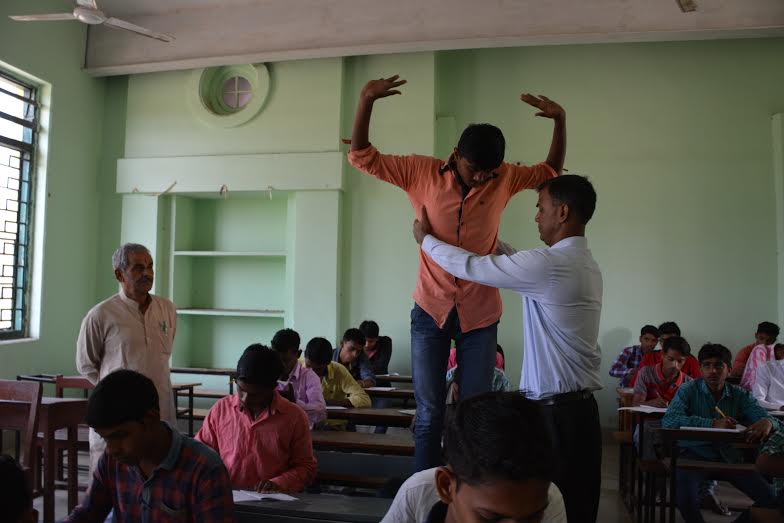 PATNA: A total of 146 fake examinees were arrested for taking examination in place of others while 164 were expelled for using unfair means in the examinations on the first day of the exam as the strictest-ever matriculation exam began at 1,309 centres of Bihar on Friday. More than 1.5 million students, including 720,277 girls, are taking examinations this time under unprecedented security arrangements.

Of the total held, a maximum of 65 students were arrested from Munger, followed by 17 in Nawada, 16 in Lakhisarai and 11 each in Nalanda and Arwal districts, officials said.

Taking the exam a challenge, authorities had made elaborate arrangements to prevent cheating at all costs. Every student entering the exam halls were extensively searched twice while adequate security arrangements were made in and outside the exam centre to ensure the students did not use unfair means in the exam.

Authorities had already warned of summarily expelling the students caught carrying mobile phones at the exam centres even as they installed good number of CCTV cameras at all centres to keep a close watch on students.

The senior official like Patna Division Commissioner Anand Kishore, himself were found hopping from one exam centre to another and frisking students or checking their answer-sheets.

The government was more than conscious this time to get back its lost image this time after the photograph of guardian and friends climbing up to walls of the examination centre and passing on cheats went viral last year, earning much embarrassment to the state.

Taking the matter seriously, the government had already tightened security measures during the intermediate exam conducted last week when no major incidents of cheating were reported from any parts of the state. Buoyed over the success, similar measures have been applied in the matriculation exam, restricting cheating to a greater extent this time, officials claimed.

The exam which began today will conclude on March 18.

Munni and Sheela continue to bleed Bihar at this marraige season