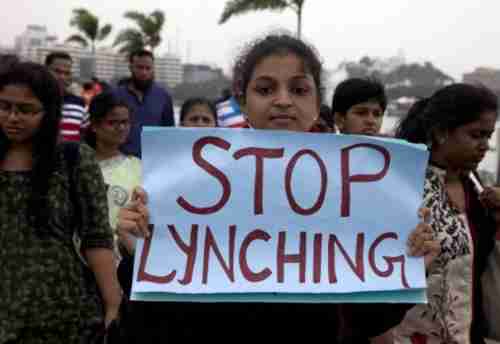 PATNA: Police in Bihar have launched an awareness campaign in view of alarming rise in incidents of mob lynching in the state. Most of the lynching incidents have taken place over child-lifting rumors.

Alarmed at rise in such incidents, the state police headquarters have directed all the district superintendents of police to launch drive against such elements and launch awareness campaign among the masses.

Reports said the Darbhanga police are using posters, banners, pamphlets and public address system to make general masses aware about rumour mongering and stay them away from indulging in mob violence.

“In any case, the suspects should not be beaten up; rather they must be handed over to the police,” the Darbhanga police are telling the villagers.

The ongoing incidents of mob lynching have claimed 14 lives in Bihar in the the past over two months.

According to a report compiled by the police department, altogether 39 incidents of mob lynching have been reported in the past two months in which 14 people were killed and 45 injured while the police registered cases against 348 named and 4,000 unidentified persons.

“The police have found that none of the people killed in mob violence was a child lifter,” Bihar’s additional director general of police Jitendra Kumar has told the media.