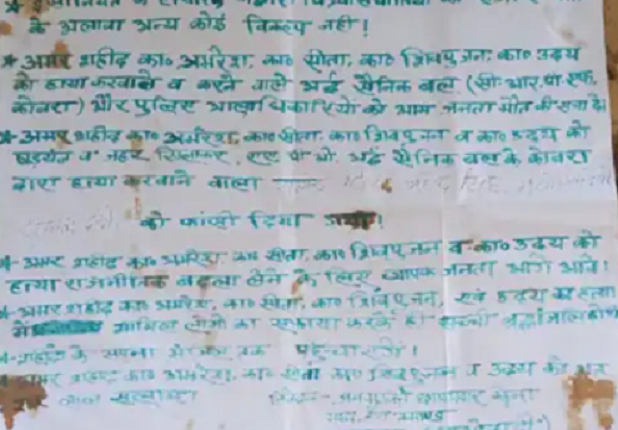 PATNA—Maoists killed four members of a family in Bihar on Saturday night blaming them for the murder of their four leaders in police encounter.

Police said an armed squad of the Maoists raided the house of a villager Saryu Singh Bhokta at Maunwar village in Gaya’s Dumaria block and hanged four members of a family before shooting them dead.

The victims included Saryu’s two sons and their wives. Villagers said all were hanged from the roof of a cowshed.

The rebels also blew up the mud-built house of the victims after committing the crime. The rebels also left behind a hand-written pamphlet on the spot wherein they blamed the victims for the murder of their top leaders in a police encounter.

The police are conducting raids to nab the assailants. According to the police, the killings were carried out at the same place where four Maoist commanders were shot dead in police encounters some months ago.