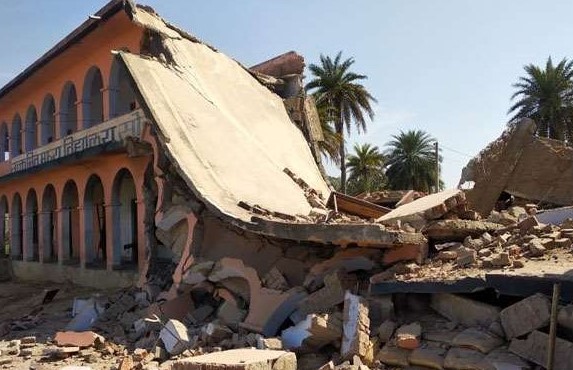 PATNA—Maoists rebels blew up a government school in Bihar to protest against BJP government’s newly-passed Citizenship law (CAA) and the proposed National Register of Citizens (NRC).

Before retreating, however, they left behind a pamphlet which said they condemn the CAA, NPR and NRC.

They also condemned the lynching of Dalits and minorities and announced to punish the activists of Rashtriya Swayamsevak Sangh (RSS), Bajrang Dal and Akhil Bhartiya Vidyarthi Parishad (ABVP), student wing of the BJP.

The pamphlet also calls upon the masses to come forward and “demolish” the BJP government.