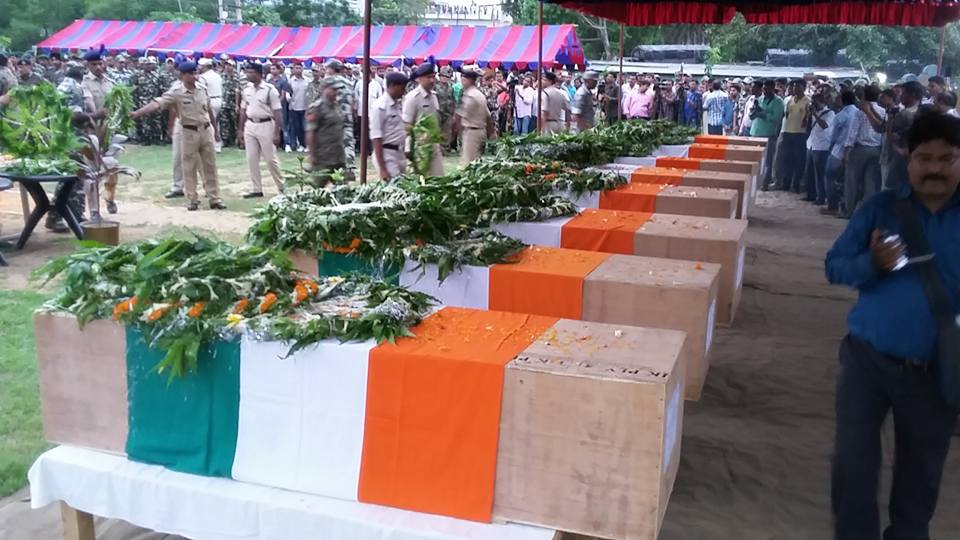 PATNA: The brutal killings of Central Reserve Police Force (CRPF) jawans fighting the flying bullets of Maoists from above and exploding landmines underneath in Bihar on Monday night have brought out some shocking images.

One of them was the photograph of an inconsolable woman Kshama Priya who was widowed by a sudden quirk of fate. A resident of Jhanjhara village in Khagaria district, she was married barely 22 days back.

20-year-old Priya who was married with Diwakar Kumar, one of the 10 CRPF jawans killed in Maoists’ attack, could not enjoy the company of her husband even for a month. Their wedding had taken place only on June 27 this year.

“You can’t leave me this way…” she says, crying bitterly before lapsing into unconsciousness as the kin sprinkle water on her face to bring her to senses.

Unable to bear irreparable loss, she then blames her neighbours for passing on “wrong information of death”.

“You people are jealous of our marriage and hence you say such things. He is not dead,” she says but her ‘blame’ doesn’t anger the neighbours around as they are very much aware of her mental condition.

Similar is the condition of another woman Namrata Kumari who was married to Ravi Kumar Singh, another CRPF jawans killed in the attack.

She was married barely four years back in 2012. The last time she had met him in May this year when he had come taking a leave for 40 days.

Maoists own responsibility for killing CRPF jawans, say this was a reply to Op Green Hunt