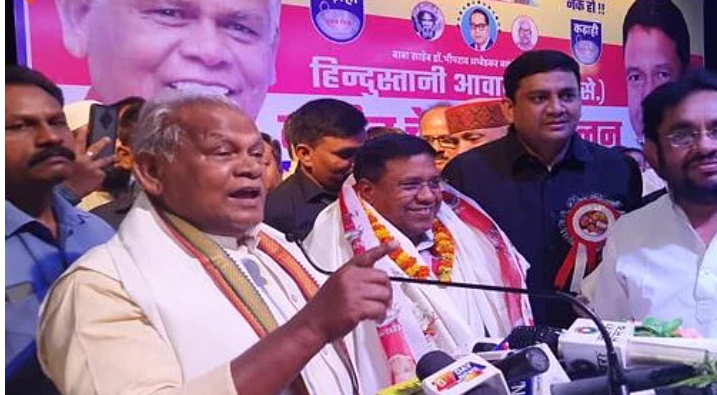 Manjhi made this announcement at a party rally held in Patna on Saturday.

“From now on, my son will be the new national president of the party. He will be looking after the party affairs while I will work as patron,” Manjhi announced at a party rally.

Former chief minister blamed the BJP for the Bochahan poll defeat saying the saffron party was not listening to anyone and taking unilateral decisions.

“The BJP committed blunder in selection of the candidate. It should have taken any decision after consulting NDA partners but it ignored. The result is for anyone to see now,” he said.

He also alleged the reservations given to Dalits and socially poor class people was being snatched and the Constitution is being “tampered with”.

He sought for reservations to Dalits and poor in the Private sectors and the judiciary as well.