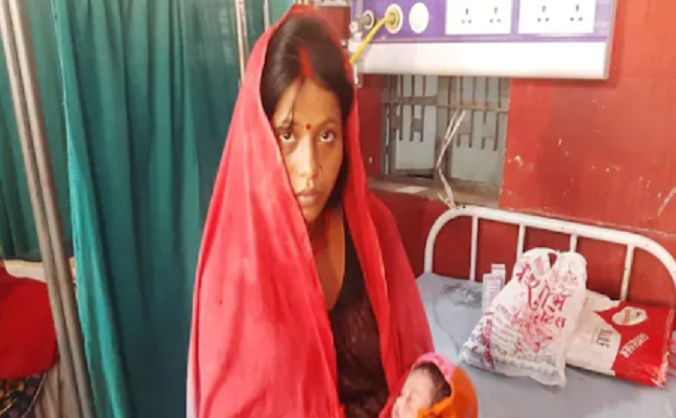 PATNA—While the entire country is celebrating Navratri festival dedicated to Goddess Durga, a man in Bihar has refused to accept his newborn baby girl after her birth.

Rina Devi, wife of Pradeep Sahani from West Champaran district, gave birth to a baby girl at a local hospital on Tuesday.

Reports said when Sahani was informed about the birth of baby girl he lost his cool and refused to bring his newborn daughter home.

Finally, when the local villagers tried to convince him to accept the girl, he tried to end his life by jumping into a pond.

“When we informed about the birth of baby girl, he warned his wife against bringing her home. He even threatened to kill his wife if she comes with the baby,” a health worker Pushpa Kumari told a local news channel.

According to report, the woman was married with the man some five years back. The woman already has two daughters and this time again she gave birth to a girl annoying her husband very much, reports said.