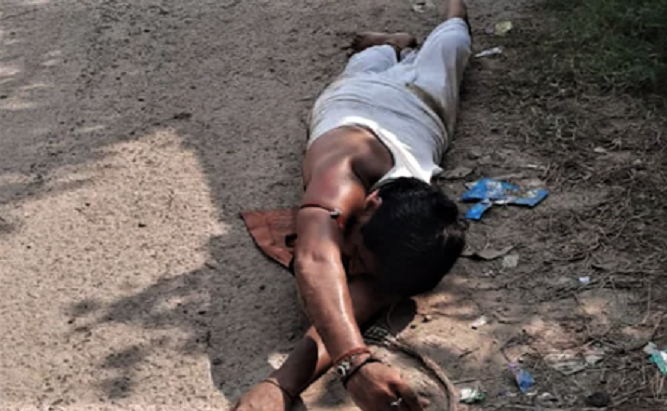 PATNA—A man in Bihar reached a local temple covering the distance between his home and the house of the deity lying prostrate after his wife won the elections for the post of Mukhia (village council chief).

Kalyan Singh, a resident of Gidhaur block in Jamui district, had taken a vow to go to the temple bowing down right from his home if his wife won the elections for Mukhiya.

As his wife Anjani Singh was finally declared a winner after the counting of votes, the man covered the distance between his home and the temple lying prostrate on Friday to fulfill his promise,. The act of the man has now become a talk of the town.