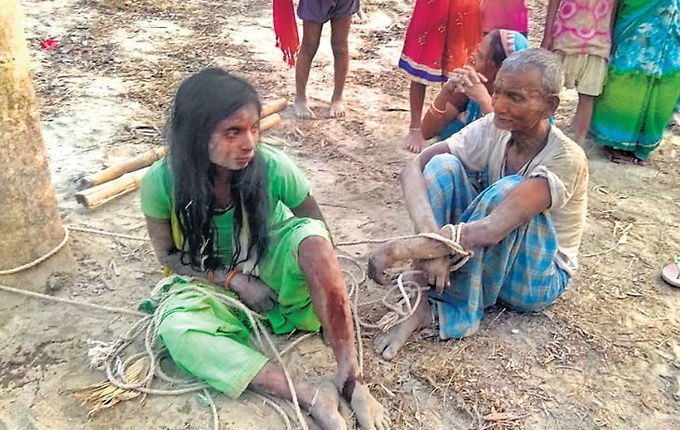 Man and daughter tied to a tree in Bihar by an influential villager. IMAGE COURTESY: SOCIAL MEDIA
18,970
Share

PATNA: An old man and his daughter were tied to a tree and assaulted by some influential villagers in Bihar after they protested capturing of their land.

The shocking incident took place at Bhuswar village under Vibhutipur police station in Samastipur district on Monday evening but was reported in the media on Wednesday.

Police said an influential villager was fencing he and belonging to Rahim Miyan when he and his daughter Ruksana protested.

ALSO READ: Muslim woman beaten up by husband after she votes for BJP in Jharkhand

Subsequently, the musclemen of the accused caught both Rahim Miyan and his daughter, tied them to a tree and assaulted them badly. Both were rescued only when the local villagers intervened.

How jailed Lalu counters army of NDA rivals with his few-word ‘desi’ tweets!