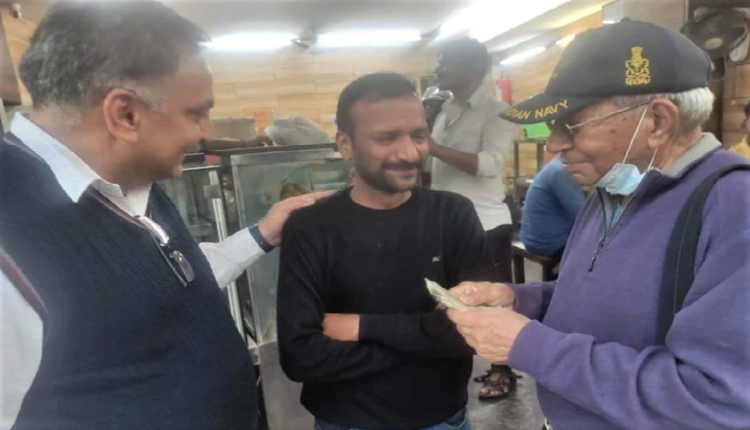 An Indian returned to his homeland from US to repay twenty eight rupees loan he had taken from his confectioner friend during school time 68 years ago.

BS Uppal, a retired navy official currently settled in US, had purchased sweets worth Rs 28 from the shop of his confectioner friend 68 years back while he was studying in Grade 10 at Hissar town in Haryana.

In the meanwhile he got a job in navy and continued travelling for various countries as he didn’t find time to repay the loan. However, he never forgot the dues of Rs28 he owed with his friend.

Recently he returned to his country after retirement from service and hurriedly rushed to the sweet shop in Hissar to pay his dues. He paid Rs10,000 with all the interest to end his life-long burden from his heart.

Initially the shop owner’s son refused to accept the money saying he was not aware of the loan but accepted it after much request.

“He came to my shop and inquired about my grandfather. Since I was not aware of the loan and my grandfather no more, I refused but he refused to leave the place until I received the loan money. I had to accept it ultimately,” says Vinay Bandal, grandson of dead confectioner.