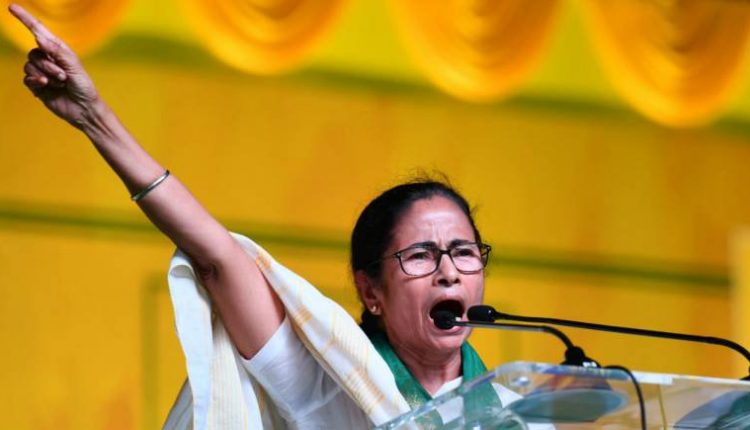 KOLKATA-The Trinamool Congress (TMC) headed by chief minister Miss Mamata Banerjee is headed for a massive victory in West Bengal in a huge blow to BJP which invested all energies to dethrone the ruling party.

The TMC was leading over 219 seats in the 292-member Bengal assembly against the BJP which had established a lead over 75 seats, according to media reports.

Mamata’s performance was historic given the fact that her party managed to win 11 seats more than it had won in the last 2016 assembly polls-the best performance so far.

Her performance also becomes significant in the sense that the both Prime Minister Narendra Modi and union home minister Amit Shah invested their all energies and focussed their full attention on Bengal poll campaign amid massive COVID-19 surge in the country when the daily Covid cases topped four lakh.

While the PM addressed around 20 rallies, Shah held no less than 70 election rallies in various corners of Bengal yet they failed to put up good performance in the elections.

A wounded Mamata singlehandedly countered a galaxy of top BJP leaders in the campaign. Not only that the BJP alos lured scores of TMC leaders to the party and gave them tickets but the end result was quite disappointing, experts say.

So, what went wrong for the BJP? Those familiar with the Bengal politics and culture affirm that the PM’s move to frequently address Mamata as “Didi O Didi” at his rallies hugely annoyed the Bengal voters who eventually voted in favour of the TMC.