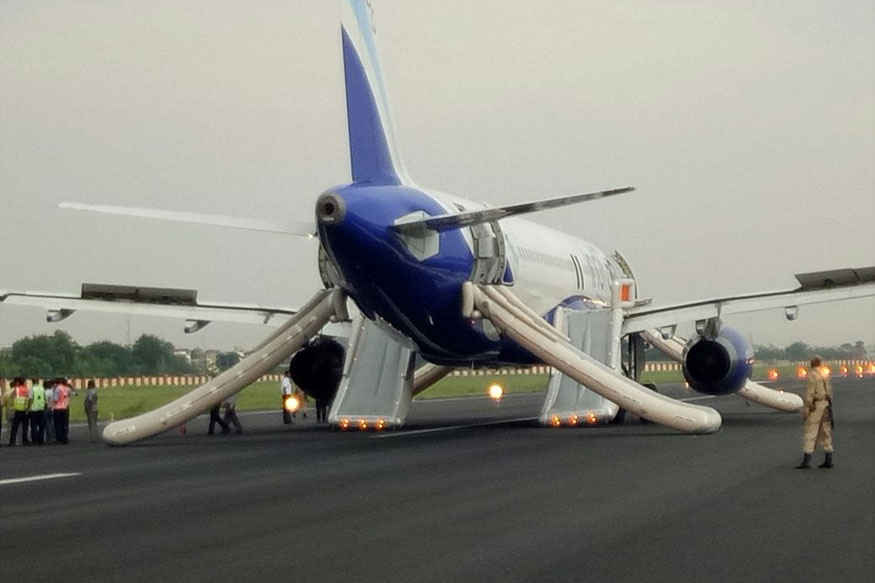 PATNA: Around 200 passengers aboard a Delhi-bound plane had a providential escape when one of its engines caught fire during take-off, media reports said today.

Reports said the Indigo airlines flight carrying 174 passengers were about to take-off when the pilot noticed smokes coming out of one of its pilot and asked the passengers to go out, putting an emergency brake, as per reports.

The announcement led to mad scramble among the passenger to jump the plane and escape death.

Witnesses said quite many passengers literally jumped out of the plane, sustaining grave injuries. Some 20 passengers injured in the incident.

Indigo authorities, however, denied any reports of type burst or engine fire.

“IndiGo flight 6E-508 (Patna-Delhi) was involved in a low speed reject due to suspected engine stall. As  smoke was observed in cabin by the Cabin crew. Capt elected to evacuate due to precautionary reasons. All SOPs were carried out efficiently. Evacuation was completed in 60 seconds. There was no tyre burst or engine fire,” said a statement issued by IndiGo today.

The statement added, “Matter has been reported to DGCA proactively. An internal enquiry has also been initiated. There were 174 passengers on board. All passengers are safe. There was no technical snag reported when aircraft arrived at Patna. At IndiGo, safety of the passengers, crew and the aircraft is the top priority and at no time it can be compromised”.

The incident led to delaying of many flights as many passengers remained stranded at the airport.