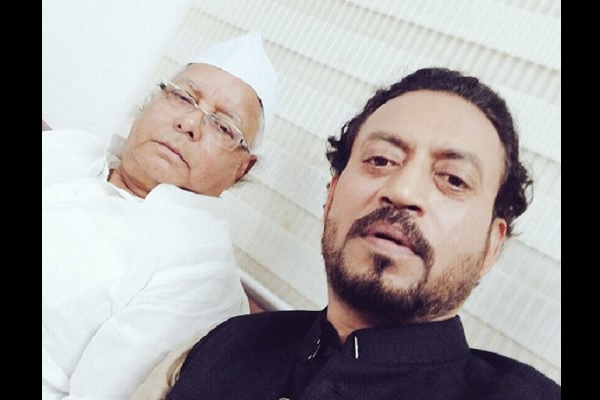 He met Prasad for an interview during the Eid festival on Thursday night and also promotion of his upcoming movie. Both stayed together for over an hour.

Irrfan had rushed to the RJD president with a ‘Damroo’ (pellet drum) which the latter beat and also gave him tips about how promote one’s film.

Directed by Nishikant Kamat, “Madaari” is set to be released on July 22 and the actor has been going all out to promote his upcoming movie which says is about common man.

Patient gang-raped on way to hospital in Bihar, probe on