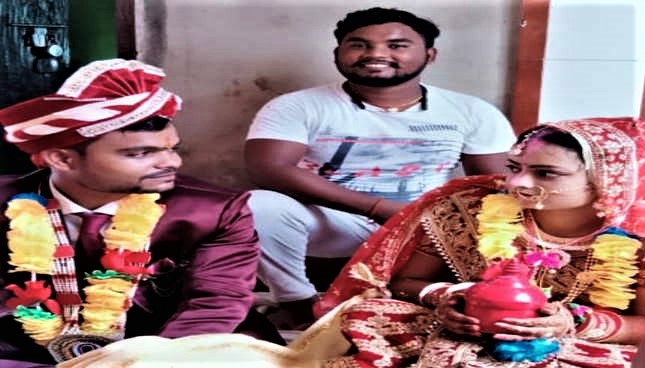 PATNA—A love affair going on between young lovers from two different religions ended on a happy note in Bihar as their parents agreed for their wedding, setting aside their stubbornness.

Ankit Kumar and Rubina Khatoon, both belonging to the same village, had fallen in love and wanted to marry but their religion came in their way.

When their love affairs came to the knowledge of their parents, they strongly objected to this. But instead of surrendering before their parents’ wishes, both of them declared to remain unmarried for the whole life if they don’t get married.

Eventually, their parents agreed for their wedding and finally on June 28, their marriage was solemnized at a local temple in the presence of family members and villagers.

The particular wedding at the time of “love jihad” has become a talk of the town.

Recently, the RSS asked the Nitish Kumar-led NDA government in Bihar to legislate law over “Love-Jihad” on the pattern of the BJP-ruled Uttar Pradesh state.

Celebrating the sound of silence with a cuppa in Jamshedpur