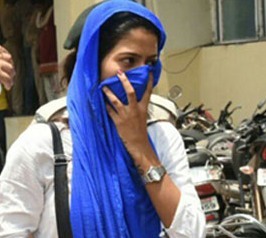 PATNA: The Patna police have arrested two persons following a complaint by a Hindu woman that she was allegedly forced to embrace Islam and eat beef after her marriage with a Muslim youth.

Both the arrested persons, her in-laws’ members, have been sent to jail. The main accused, however, is still absconding.

The victim is a resident of Kolkata while the accused persons belong to Patna.

According to the victim, she came into contact with Aashif Iqbal, a resident of Phulwarisharif locality in Patna, through Facebook after which her friend requested her to come to Patna.

Using this video, she alleged, the accused forced her to marry. “But after the marriage, he lodged me in a madarsa to learn Islam and forced me to eat beef,” she alleged.

She also alleged she was compelled to abort when she conceived and also charged her husband and her in-laws with badly torturing her.