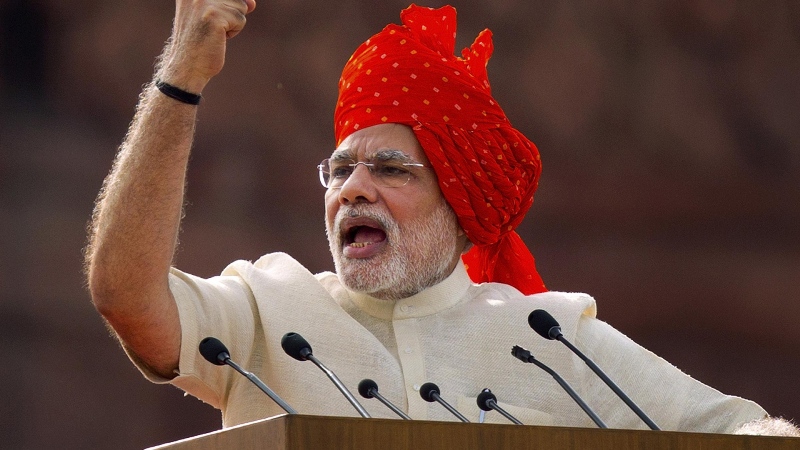 PATNA: Indian Prime Minister Narendra Modi who heads the nationalist Bhartiya Janata Party (BJP) appears getting caught in a critical situation ahead of the upcoming general elections over various issues.

However, one issue which has literally robbed off the sleep of the ruling regime is the controversial Rafale fighter jets deal which the government, perhaps, never expected would blow up in such a big controversy and make the going tough for them.

The BJP had come to power in Delhi with a historic mandate after 2014 Lok Sabha polls and what had set the stage for victory were scandals gripping the previous Congress party–led United Progressive Alliance (UPA) government. Scandals like Coal scam, 2G spectrum scam, Common Wealth Games scam and chopper scam annoyed the general masses so much so that that they blindly supported the BJP-led National Democratic Alliance (NDA) in the elections.

The treatment the voters meted out to the Congress is underlined from the very fact that it was able to win just 44 seats in 545-member Lok Sabha.

The movements made waves across the country so much so that it was named among the “Top 10 News Stories of 2011” by Times Magazine. The agitation got a boost when yoga guru Ramdev launched a campaign for repatriation of black money from Swiss or other foreign banks.

The BJP lent its full support to these anti-corruption protests and eventually came to power, banking on the issue of corruption.

It is really strange to see that the same BJP has been refusing to share information regarding the Rafale deal citing national security. While this has confused the general masses, on the other it has left the opposition on the streets.

The general perception is that the Prime Minister has lost the opportunity to prove his innocence in the deal by rejecting opposition’s demand for ordering an investigation by the Joint Parliamentary Committee as was done in the case of alleged Bofors scandal which surfaced during the Congress regime.

“Now the people living in the countryside are pointing fingers at the government’s reluctance to share basic information about the Rafale deal as new revelations continue coming out at regular intervals. That is going to cost the BJP dear in coming polls,” explains political analyst DM Diwakar.

According to him, the overall situation is deteriorating very fast as is evident from the aggressiveness in the language of Prime Minister.

“Instead of providing answers being sought by the opposition, the Prime Minister is targeting Gandhis in his speech which has not gone down well among the masses. As such, the situation has slipped out of his hands,” Diwakar adds.

Modi and his entire BJP leadership has suddenly gone aggressive especially after Priyanka Gandhi Vadra from India’s Nehru-Gandhi dynasty joined the active politics after her appointment as party’s general secretary.

She made her formal political debut on Monday with a spectacular roadshow in Lucknow, capital of India’s most populous state and also known as nucleus of Indian politics.

The way people reacted turning up in huge numbers to join Priyanka’s roadshow and openly said they see in her the “reflection” of her grandmother Indira Gandhi, former Prime Minister popular as Iron lady, has worried the top BJP leadership as they apprehend further division in the party’s upper caste vote-bank. Quite many BJP leaders have even passed obscene comments at her but she has not reacted.

Experts say such comments clearly reflect the desperation in the BJP camp. Prime Minister himself has dropped ample hints of not getting majority in the upcoming elections.

This became clear when Modi brought an amendment in the Indian Constitution on the penultimate day of the winter session of Parliament to grant 10 percent reservation to less well-off and then asked the voters to give “full majority” saying only such a government could take “tough and strong” decisions.

The defeat of the BJP in three key Indian states has further demoralized the BJP. The panic in the BJP is such that it has gone back to the old trick of playing up the Ram temple card to fan up sentiments of vast Hindu community as its much-flaunted issue of development gets pushed into the background.

Apart from the issue of graft, two other factors had worked wonders for Modi in the last 2014 general elections—the first was that he came from the backward community as a result of which a significant section of them supported him in his race for the top job despite being supporters of rival parties.

Secondly, Modi created his “Chaiwala” (tea-seller) image which helped him connect with the common masses. He has lost both the advantage now first by implementing the demonetization which left huge number of people unemployed and then wearing Rs One million suit.

The suit which was later auctioned for over Rs43 million which later entered into the Guinness Book of World Records was worn by the Prime Minister on the occasion of former US president Barack Obama second state visit to India in January 2015.

Right now there is strong resentment among the general masses over the job crisis in India in the aftermath of demonetization imposed in November 2016.

According to a report in an Indian business daily, India’s unemployment rate rose to 45-year high during 2017-2018, explaining the gravity of the situation.

The paper cited the assessment by government-run National Sample Survey Office conducted between July 2017 and June 2018 which showed the unemployment rate stood at 6.1 percent which is the highest since 1972-73.

As a reply to this data, the Prime Minister later rattled out data from Provident Fund, Income Tax filings and National Pension System to claim creation of large number of jobs in the formal and unorganized sectors but the experts doubt them saying such figures can’t measure the employment level.

“Considering the EPF enrolments as a reflector of job creation is not correct as it can be formalisation of informal jobs,” Chief Executive Officer of Centre for Monitoring Indian Economy (CMIE), a think tank, Mahesh Vyas has told the local media.

He added, “When a person enrolls for the EPF, it does not necessarily mean that the person has got a job. It is quite likely that you have enrolled for the EPF for the first time though you had a job for a long time.” The situation is indeed tough for the BJP this time.

(The author is the State Bureau Chief of The Statesman based at Patna, India)