Lok Sabha polls: Seven-phase polling to start from April 11, counting on May 23

The counting of votes will be done on May 23.

With the announcement of poll dates, the model code of conduct comes into force with immediate effect.

“The Model Code of Conduct (MCC) comes into effect from today itself in the entire country. Any violation will be dealt with strictly,” Chief Election Commissioner Sunil Arora told the media on Sunday.

“Elaborate arrangement has been made for peaceful conduct of elections,” Arora said adding “Efforts are made to make voting process comfortable, specially for senior citizens.” 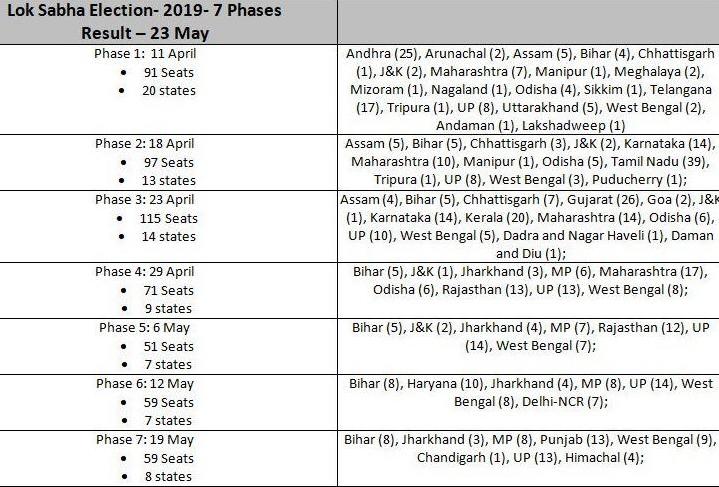 LIST OF STATES GOING TO POLLS IN VARIOUS PHASES