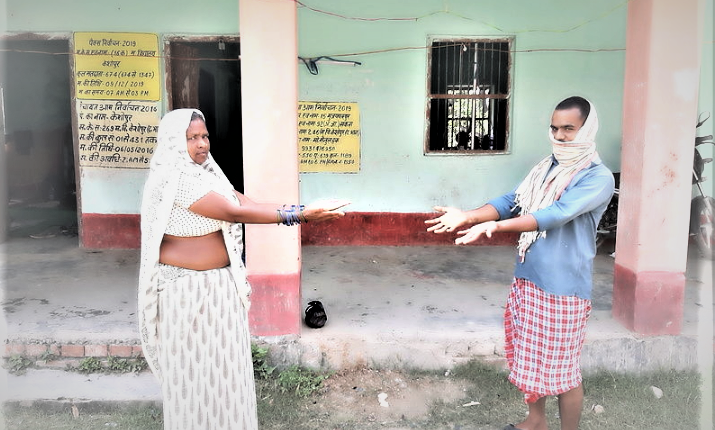 PATNA—A Muslim man from Bihar who had got separated from his family has been reunited with his mother 18 years later in the holy month of Ramazan.

Ramazan, also known as Ramadan, is the ninth month of Islamic calendar, observed by Muslims worldwide as a month of fasting, prayer, reflection and community. It is regarded as one of the five pillars of Islam.

The lovely incident reminding a typical Bollywood masaala movie took place at a quarantine centre in Muzaffarpur district of Bihar on Monday.

33-year-old Mohammad Shajid Ali had separated from his family 18 years back in Kolkata where his father worked as a daily wager. He was 15-year-old then.

His father tried hard to search for him but failed. Left alone in his life, Sajid reached Delhi while begging in train.

“In Delhi, I worked at roadside a hotel. Many times, I tried to know whereabouts of my family but the hotel owner didn’t allow. After Corona lockdown, the hotel owner asked me to go home and I came here,” Sajid said.

While being admitted at a quarantine centre running in a high school at Kesopur village, the authorities got surprised when he described he had separated from his family long back.

The school officials soon informed his mother who came rushing to the school. The mother at once recognised her son after first look but didn’t embrace him due to social distancing.

Both gave a warm hug from a little distance and turned emotional after looking each other. Lockdown has brought happiness in his mother’s Naijul Begum’s life.