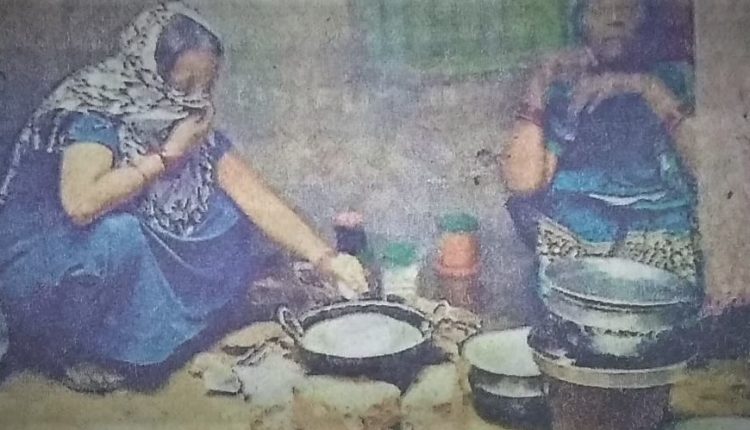 Woman cooking food with the help of fuel wood
8,635
Share

PATNA—A 60-year-old woman in Bihar has sold off her prized possession to stay alive—a gas stove with single LPG cylinder that she had bought only two months back!

Jamila Khatoon, a resident of Kalyanpur locality under Fatuha block in Patna district, had bought the gas stove with one cylinder at the cost of Rs2,300.

She hoped her effort would end the year-old problem of arranging for fuel food to cook food and protect her health that was deteriorating due to smoke released from the unclean fuel. She, though, didn’t know that it was going to be just a temporary solution.

Trouble began after the lockdown left her son jobless. Her son would sell clothes on the footpath and the income from this business would support his family of five, including his old mother.

According to the woman, her family came on the brink of starvation due to lockdown as they had no other source of income.

Eventually, she sold off her gas stove for Rs1,000 a couple of days back to buy food grains and stay alive. The hapless woman is now again cooking food with fuel wood.

“It’s better to cook food with fuel wood than going hungry,” she told the local media. She is very anxious about how the family will survive of the lockdown stays longer.

Earlier this week, a starving labourer from Kurtha block in Arwal district had sold his wooden cot to buy few kg of food grains for his family.

According to media reports, Mohammad Hussain would run his family of 13 which included his three wives and 10 children, by working as a daily wage labourer but the lockdown left him completely jobless.

Initially his family survived on little stock of food stuffs at home but they exhausted very soon, pushing them to the brink of starvation.

With no work to do and the family facing starvation, Hussain ultimately sold off his wooden cot on Monday for Rs1,400 to buy food grains.

“We all had come on the brink of starvation and hence decided to sell our lone cot. Now we all are sleeping on the floor,” Hussain told the media.

Thousands of daily wagers have been left unemployed due to lockdown and are said to be somehow managing their families.

As such, the lockdown has caused survival problems for thousands of poor in the state. Starving daily wage earners severely hit by job losses due to Corona lockdown are now battling hard for survival.

Bihar villagers scramble to name their children after Covid and Corona as pandemic disease devours 100,000 lives