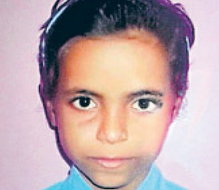 PATNA: In an unusual incident, a minor Indian girl studying in Class four burnt herself to death so as to become “ghost” and avenge her domineering elder sisters.

The bizarre incident took place on Friday afternoon at Ahiyapur village in Muzaffarpur district, some 80 km north of Patna, the capital of Bihar state.

Reports said Mona Kumari,10, walked up to the top floor of her three-storeyed building and set herself afire after dousing herself with kerosene oil.

She was hurriedly rushed to the local Sri Krishna Memorial College and Hospital but succumbed to her serious burn injuries soon. Doctors said the victim had sustained 90 percent burn injuries and her survival chances were bleak.

However, what she told the doctors before her death stunned them a lot.

“My elder sisters would always rebuke and beat me up over small matters, and hence I decided to become ghost to avenge these tortures. ‘Uska liye to marana padega na (For which you need to die, don’t you),” was how the victim reportedly told the hospital authorities.

According to her, she had got the “ghost idea” after watching a film on TV at her home last month.

She said her life had turned into a hell as her elder sisters would tortures her a lot. “Even today (on the fateful day) , they assaulted me,” she revealed.

The incident has shocked the psychologists who have advised parents to keep watch on the children and treat them gently.