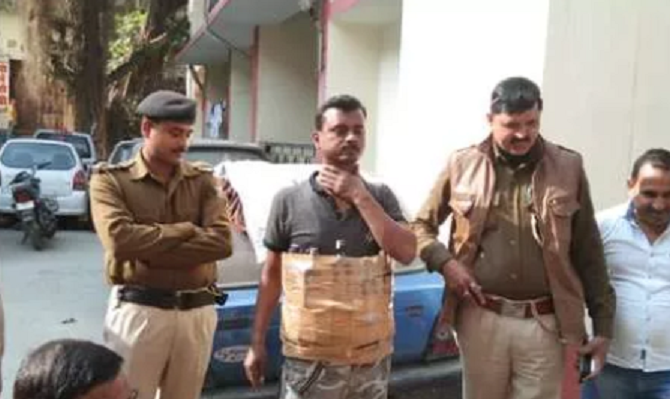 PATNA: Bootleggers are adopting new tricks to smuggle liquor in Bihar which has enforced total ban on sale and consumption of alcohol.

On Friday, the police in Gopalganj district arrested three persons, including two girls, who were carrying liquor bottles by fastening them around their body.

Report said the police were checking vehicles on the road when they noticed a biker carrying two females and got suspicious.

The police team got hugely amazed when they asked the biker identified Jitendra Kumar to remove his woollen pullover.

“We found him carrying 36 liquor bottles by fastening them around his body with tapes when he removed his sweater,” a local police official told the media on Saturday.

The two women accompanying him on bike too were found carrying liquor bottles in similar fashion. All have been arrested and sent to jail.

The arrested persons were carrying liquor bottles from neighbouring Uttar Pradesh where there is no restriction on liquor consumption.

During the search of coffins, a total of 4,337 litres of Indian Made Foreign Liquor worth Rs2 million were found concealed inside six empty coffins being carried by a truck.