For a road in his constituency, BJP legislator reaches Bihar assembly lying prostrate 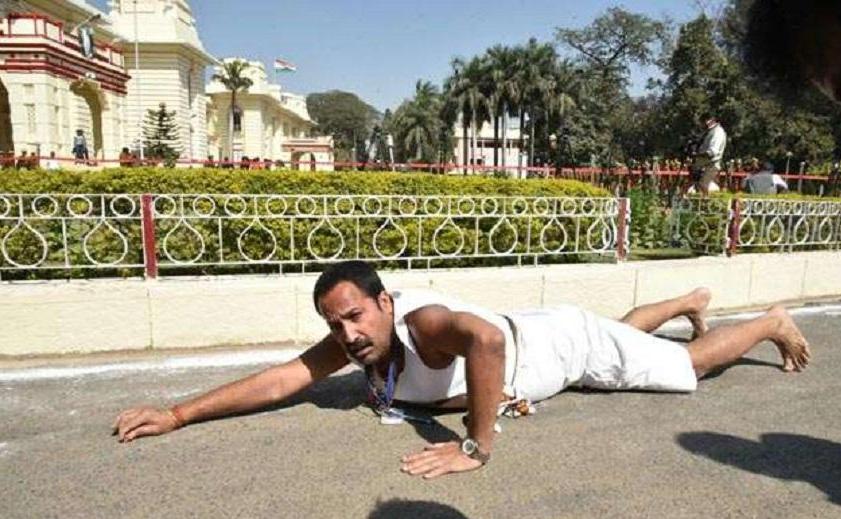 Bihari who is a BJP legislator represents Lauria seat (under West Champaran district) in Bihar assembly.

The legislator is angry at the Nitish Kumar government’s failure to construct a 44-km-long road in his constituency.

He has already discarded his usual Kurta-payjama since October last year and taken to vest and short in protest.

While he has sent his kurta to union surface transport minister Nitin Gadkari, ‘payjama’ has been to Bihar deputy chief minister Tejashwi Yadav who are holds the road construction department portfolio.

He has announced to be half-naked until the said road is constructed. He is even attending the official functions in this apparel, much to officials’ embarrassment.