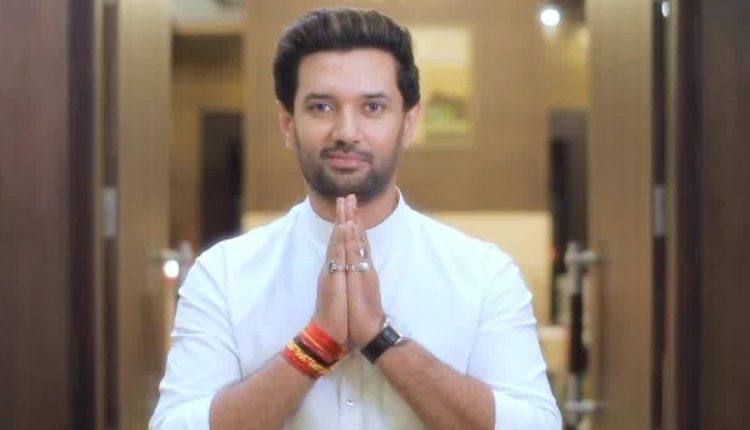 Tejashwi, son of RJD president Lalu Prasad, extended the offer on Wednesday after Chirag in a sudden coup by his own uncle Pashupati Kumar Paras was removed as a LJP leader in the Lok Sabha and later as the party’s national president as well.

Paras, a Lok Sabha member from Hajipur seat in Bihar, has been recognized as LJP’s floor leader in Lok Sabha in place of Chirag by the LS Speaker. Chirag, son of Dalit politician late Ram Vilas Paswan, represents Jamui seat.

“It’s for Chirag to decide whether he stays with the NDA or wants to join the Grand Alliance,” Tejashwi told the media in Patna on Wednesday.

Chirag is shocked at the way the BJP has been “silent” over his issue and said his relations with the BJP couldn’t remain “on-sided” and he would consider all options about his future if attempts to corner him continued.

He claimed that he had very much informed the BJP leadership about his plan to go it alone in Bihar assembly polls.

“It was well discussed with them. I told them categorically that my alliance is with you. I still believe and have huge hope in our Prime Minister and I’ll not field candidates against you, except in six seats, and that also was mentioned to them well in advance. Those seats had two sitting [LJP] MLAs and we had to contest those six,” Chirag said in an interview to The Indian Express.

The LJP which contested elections alone in Bihar assembly polls fielded candidates against the JD-U’s but strangely spared the BJP.

The BJP and JD-U headed by chief minister Nitish Kumar had contested elections on 122 and 121 seats respectively in October/November 2020 Bihar assembly polls.

BJP won 74 seat whereas the JD-U could bag only 43, the worst performance in past two decades, thanks to the LJP which split the NDA votes.

COVID-19: Increasing Delta Plus variants new worry for India as cases jump to 40