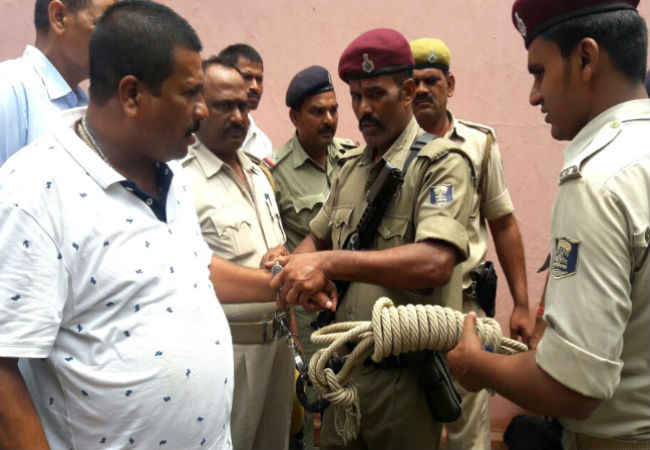 PATNA: They were supposed to show good conduct in public and thus, set an example for the society. Instead, scores of Bihar lawmakers across the party lines have been found to be involved in “indecent” acts, much to the shock of the masses who voted them to victory.

Yesterday’s arrest of a BJP lawmaker Tunna Pandey for gross misconduct only indicates how the “malaise” has run too deep.

Pandey who was a BJP member of Upper House of Bihar legislature was arrested on the charge of molesting a minor girl on running train—a kind of allegation which is indeed very grave.

However, he is not the lone lawmaker who has broken laws with impunity.

Earlier, RJD lawmaker Rajballabh Yadav was arrested for allegedly raping a teenaged girl at his residence in Nawada in February this year. He too is in jail for his misconduct.

Sarfaraj Alam, a JD-U lawmaker, was arrested for allegedly molesting a woman passenger on train in January this year. Alam who was also found travelling without ticket on the train is son of mighty RJD parliamentarian Mohammad Taslimuddin.

Another JD-U lawmaker Manorama Devi was jailed for violating laws by stashing liquor bottles at home. Her son Rocky Yadav is currently in jail for shooting dead teenager Aditya Sachdeva merely after he overtook his car.

Kunti Devi, RJD legislator from Atari in Gaya, on the other hand, is accused of shielding his son arrested for thrashing a doctor at the government health centre.

A Congress lawmaker Vinay Verma is charged with breaking laws of prohibition. In a sting operation, he was seen offering liquor to guests in his house.