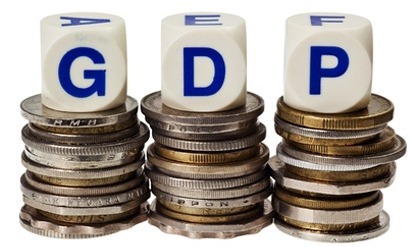 New Delhi: India’s Gross Domestic Product (GDP) dropped to 6.1 per cent in the fourth quarter of the financial year 2016-17 (Q4FY17), according to media reports. The official numbers were published late on Wednesday.

GDP is a monetary measure of the market value of all final goods and services produced in a period (quarterly or yearly) and an indicator of the country’s economic health. This is India’s lowest growth in four quarters.

Fourth quarter (the three months ending in March), GDP was even lower than the third quarter’s 7 per cent growth.

The decline in GDP is attributable to the demonetisation implemented in November 2016, reports said.

According to official number released on Wednesday, growth in gross value added (GVA), the difference between GDP and indirect taxes, was only 5.6 per cent, the lowest in at least eight quarters.

Economists expect the Reserve Bank of India (RBI) to cut the repo rate (the rate at which RBI lends to banks) in its monetary policy committee meeting next week.

According to media reports, India also fell behind China in the race to being the fastest growing major economy. China reported 6.9 percent growth in the same quarter.