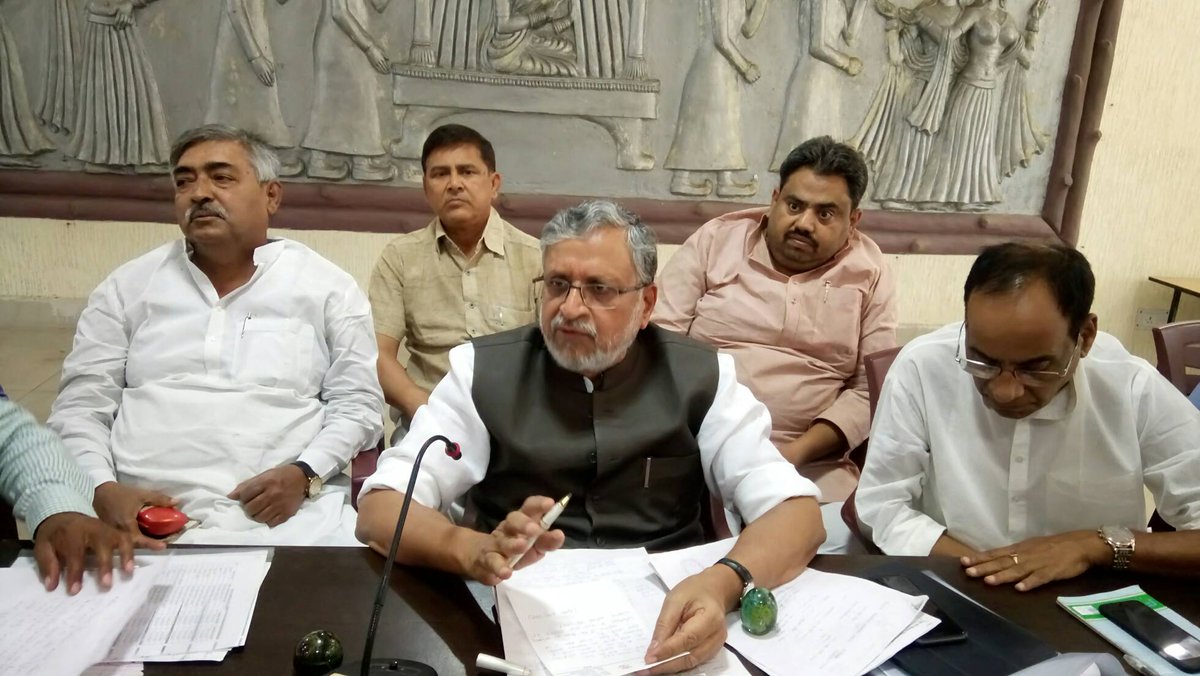 Modi who was a deputy chief minister in the previous NDA government which ruled Bihar from November 2005 to June 2013 has so far exposed five companies using which Prasad family allegedly captured land plots with crores of rupees.

What, though, has socked him is the silence of the chief minister who has refused to take notice of such scandals and ignored demand for a probe by a competent agencies to bring out the truth.

“I am startled at the silence of the chief minister. It looks like the chief minister is waiting for the central agencies to action (against Prasad family),” Modi said in an interview to a local Hindi daily on Sunday.

According to him, he will continue exposing the “misdeeds” of the RJD chief until action is taken against him.

If Modi is to be believed Prasad family had got more than 100 land plots registered in their name.

The BJP leader launched a full-throated campaign against the RJD chief last fortnight accusing latter of being involved in Rs 9 million soil scandal which was ultimately rubbished by the state government.

Too drunk to wed: Angry bride tells Bihar groom to get lost quickly