PATNA: RJD chief Lalu Prasad’s twitter account has been flooded with comments after he posted some images of himself and his family in the company of cows at his residence.

Quite many of the comments were “stinging”, questioning RJD chief’s ideology.

“While on the one hand he claims himself as the protector of the cows, on the other he advocates for eating beef,” reacted Pankaj.

Another man wrote, “You have turned the entire Bihar like this. Cowshed at your residence is no exception”. 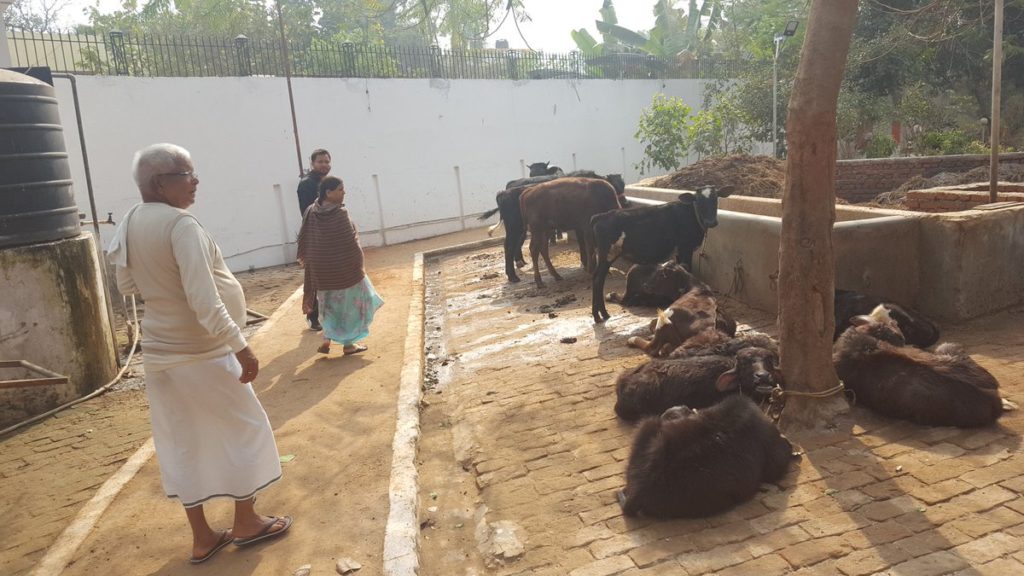 Yet there were some who heaped praises on the RJD chief for taking care of innocent cows and passing some time in their company.

As per an official report, Prasad family has more than 100 cows and calves kept at the especially made dairy farm at their Danapur residence.

Previously, the cattle were kept at the sprawling 1, Anne Marg while the couple ruled the state but post their removal from throne, they have been shifted to Danapur.

Prasad and his family visit their dairy farms at regular intervals and personally take care of their cows.

RG: ‘Cycle’ and ‘hand’ brilliant combination, together will make clean sweep in UP polls