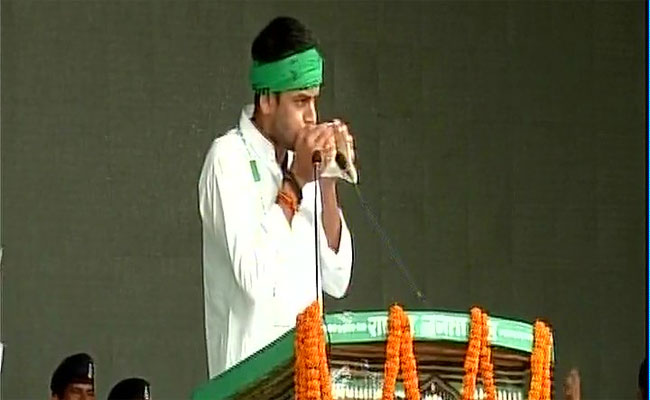 PATNA: The people attending the “BJP Bhagao, Desh Bachao” rally of the RJD held at Patna’s Gandhi Maidan came cross many interesting colours all through the day today.

He blew the shell thrice apparently replicate the scene from legendary Mahabharata war.

While speaking he declared not to take rest until he throws the BJP and Nitish Kumar governments out.

Earlier he was seen playing flute among his cows on new year’s day this year while dressing himself as Lord Krishna.

Tej Pratap who is said to an ardent follower of Krishna has been frequenting Vrindavan.

‘This is Nitish’s last swerve…Now, none will trust him,’ declares Lalu at anti-BJP rally