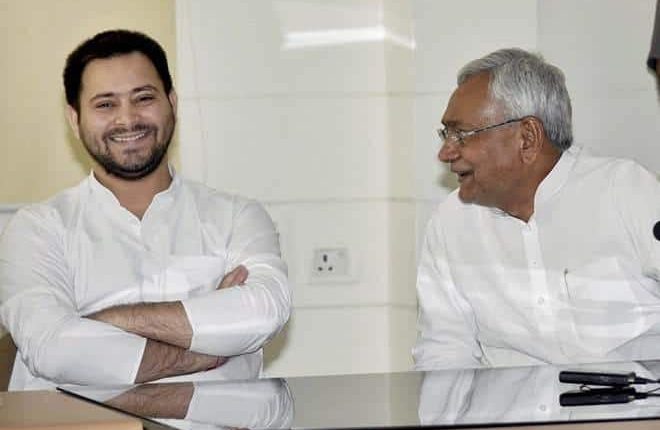 PATNA—Amid widening cracks between the ruling NDA partners, the BJP and the JD-U, the main opposition Rashtriya Janata Dal (RJD) has set conditions for chief minister Nitish Kumar to join the Mahagathbandhan or Grand Alliance in Bihar.

The ruling partners are currently engaged in conflicts over various issues, such as caste census and law for population control.

“Everyone fighting against the BJP is welcome to the Grand Alliance but we have set a condition for Nitish Kumar’s entry to this alliance this time. He will have to accept the leadership of (Bihar opposition leader) Tejashwi Yadav or his entry will remain banned,” state RJD president Jagadanand Singh told a section of media.

Singh said during the 2015 assembly polls, RJD’s national president Lalu Prasad was not keen to join hands with Kumar but he agreed to accept his leadership with the only objective to defeat the “communal forces”.

“But, now we are not eager to shake hands with the person who misused the people’s mandate and has allied with fascist forces. His (Kumar’s) entry is possible only when he accepts the leadership of Tejashwi Yadav,” Singh said.

According to him, last time the RJD had fulfilled the pre-poll commitment of installing Kumar the chief minister even though the former won more seats than the JD-U. The RJD had bagged 80 seats against JD-U’s 71 during 2015 assembly elections.

The state RJD chief said Tejashwi had gone too far since 2015 and got wide acceptability across the state.

“He (Tejashwi) has gained acceptability even among parties that was not seen even during the time when Laluji remained at the centrestage,” Singh said adding “Tejashwi has now emerged as the leader of whole Bihar”.